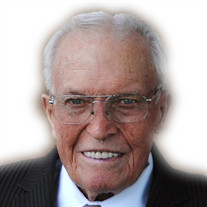 A. Robert “Bob” Munk Our beloved Father, grandfather, great-grandfather, brother and friend, A. Robert “Bob” Munk, 90, of Amalga, passed away on Mar 12, 2016. Bob was born on Nov. 29 1925, in Smithfield, Utah, the oldest of 3 boys to Cyril K. and Lilla Nelson Munk. Bob lived most of his life in Benson and Amalga. He attended grade school in Benson, Smithfield Junior High and graduated from North Cache High School in 1944. Bob served for two years in the Army during World War II, in the Philippines and Japan. He married Jeannine Balls of Hyde Park, June 3 1948, in the Logan LDS Temple. They were blessed with 4 children, Brent, Jerry, Shela and Rodney. They enjoyed 62 years together building up the farm and raising their family. They spent many winters snowmobiling with their friends in Yellowstone and Lake Powell in the summer. Dad enjoyed horse riding in the mountains, hunting with friends and family, and horseracing. They went to Aggie Ball games for years and never missed a Utah JAZZ game on TV. Jeannine loved a ball game as much as Bob did, and also played a great part in their success on the farm. They spent 14 winters in St George, where they had many friends from Cache Valley and met many new friends at Canyon Cove. Bob was an innovative farmer and always kept up with the latest advancements in farming. He first knew he wanted to be a farmer at 2 years old when his Uncle Warren gave him his first heifer calf. Bob and Jeannine purchased their first farm in Benson in 1952. They always continued to expand the farm and later build their new dairy in Amalga. Bob hauled milk for Cache Valley Dairy for 14 years. He served on the Board for Federal Land Bank, Cache Valley Select Sires, Trenton Feed Cooperative, and the Western General Dairy Cooperative Board for 27 years. Bob served in various positions in the LDS Church, including the Benson Ward Bishopric, President of the Sunday School and many years in the Scouting program. He and Jeannine served in the Logan Temple for 2 ½ years as officiators, where they made many lasting friendships. Bob and Jeannine have left a great legacy for their family. Grandpa and Grandma’s Farm has always been a special place with many fond memories. The entire Munk Family of 64, celebrated Bob’s 90th Birthday last November with a family party then with many of his friends and relatives at an open house. Bob was preceded in death by his parents, his wife Jeannine, grandson Brandon Munk and brother Kendlith Munk. He is survived by his brother LaThair (Diane) Munk, children Brent (Debbie) Munk, Jerry (Marilyn) Munk, Shela (Corey) Lambert and Rod (Lori) Munk, Sisters-in-law Sharen Munk and Wanda Balls; 14 grandchildren and 32 great-grandchildren who have always had a special place in his heart. Family and friends may visit Thursday, March 17 from 6:00-8:00 pm at the Nelson Funeral Home, 162 East 400 North Logan Utah, also from 10:00 to 11:30 am, on Friday, March 18 before the funeral services at Noon in the Amalga LDS Ward Chapel, 6521 N 2400 West, Amalga UT. Interment will be in the Smithfield Cemetery under the direction of Nelson Funeral Home. Condolences and memories may be shared online at www.nelsonfuneralhome.com

The family of A. Robert "Bob" Munk created this Life Tributes page to make it easy to share your memories.

Send flowers to the Munk family.