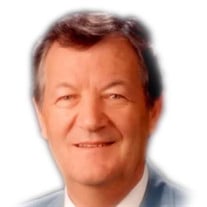 Ray Winn SMITHFIELD--Archie Ray Winn, 75, passed away March 8, 2015, eight months after his initial diagnosis with glioblastoma. His passing was peaceful, and he was surrounded by family at home. Ray was born May 4, 1939 in Logan, Utah. He was the third child of Shirley Egbert and Parley Nelson Winn. Ray lived nearly his entire life in Smithfield. He enjoyed the connection to his roots that life in Smithfield afforded him and always treasured relating to neighbors and fellow hometown residents. He gave many years of civic service as a member of the city planning and zoning commission and as mayor of Smithfield. On October 14 1960, Ray married his sweetheart, Lila Lee of Hyde Park, in the Logan LDS Temple. At 21 and following his father's death, he took over the family business. Always a restless innovator, he saw the old Farmer's Exchange through many times and transformations into the current Winn Feed. He attended Utah State University and was skilled and knowledgeable in many areas of agriculture and nutrition and capable of repeatedly reengineering his operations. Ray always loved to talk and joke. It was hard to go anywhere locally where he didn't already know many people and their genealogies. He was always interested in people and would readily engage many strangers in lively conversation. Ray has always been an active member of the LDS church, where he served in various positions. He also enjoyed service and association as a member of the Smithfield Lions Club. During the last 15 years, Lila and Ray were able to tour many countries and travel throughout the US. In recent years, they have wintered in Mesquite, NV where they enjoyed four-wheeling with friends. Ray was preceded in death by his parents Shirley and Parley. He is survived by his wife, Lila; siblings, Nyman (Gail) Winn, Jeanne (Jerry) Layne, Aileen (Brent) Lee, John (Suzann) Winn, and Anne Winn; his children, Natalie Taylor, Roxanne (Daniel) Miser, Kelly (Kristin) Winn, and Kamren Winn; and grandchildren, Alexa, Preston, CalleeJo, Jenica, Matthieu, Isaac, and Joseph. Funeral services will be held Monday, March 16 at 1 PM in the chapel at 79 E 200 S in Smithfield. Viewings will be held from 6-8 PM on Sunday at Nelson Funeral Home at 162 E 400 N in Logan and at the Church on Monday from 11:00 to 12:30 prior to the funeral. Ray's family expresses its deep gratitude to Dr. Avery and Sunshine Terrace and Hospice staff, particularly Mark Hamblin and Tina Elwood. Condolences and memories may be shared with the family online at www.nelsonfuneralhome.com

Ray Winn SMITHFIELD--Archie Ray Winn, 75, passed away March 8, 2015, eight months after his initial diagnosis with glioblastoma. His passing was peaceful, and he was surrounded by family at home. Ray was born May 4, 1939 in Logan, Utah.... View Obituary & Service Information

The family of A Ray Winn created this Life Tributes page to make it easy to share your memories.

Send flowers to the Winn family.