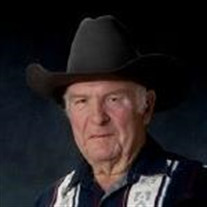 Alan Johnson Alder left his earthly life on April 7, 2015 at the age of 82, due to natural causes. He was born on November 16, 1932 in his parent’s home in Providence, Utah. Alan was the middle of eleven children of Fredrick Theurer Alder and Estella Johnson Alder. His father and uncles own farmland in Cache valley and Pocatello Valley,where they raised cattle, sheep, pigs, and turkeys. Alan received his nickname “Turk” in high school when his coach jokingly called him the “red headed turkey herder.” Alan embraced the name and put “Turk” on his high school letterman jacket. Over 60 years later, many people still know him as Turk. In high school, Alan played football, basketball, and track. He graduated from South Cache High School in 1951. Alan served in the US army from 1953 to 1955, spending most of this time in Germany, where heplayed on the regiment football team. In about 1961,Alan moved to Young Ward,and he and his brother Gerald took over the family farming business. They had land in Young Ward, Pocatello Valley, and Bear Lake Valley, where they primarily raised beef cattle. In the summer, they ran cattle in Blacksmith and Logan canyons. Alan really enjoyed riding in the mountains and knew the area of Logan canyon very well. Alan and Gerald also raised and trained racehorses, which they raced in Pocatello, and the Idaho fair circuit. Alan married Jean Mackenzie on March 13, 1968 at his family’s home in Providence. Their mutual love of horses and the farm brought them and kept them together. They had two children Bret and Alene. Although farming was always Alan’s chosen profession, he worked jobs including driving school bus in Logan City and custodian for USU Physical Plant. Alan is preceded by his wife Jean Alder; as well as his brothers Orlo, Ferd, Paul, and Gerald Alder and Sister Orma Jean Johnson. He is survived his brother Karl of Mesa, AZ; sisters Tyra Chug of Providence, Dixie Doney of Syracuse, and Gloria Olson of Providence; his children: Bret & (Jenny) Alder of Logan and Alene Alder-Rangel & (Drauzio Rangel) of Brazil; grandchildren: Braden Alder, Brock Alder, and Amanda Rangel. Funeral services will be held at the Young Ward Chapel on Thursday, April 16 at 11 am with a viewing prior from 9:30-10:30. A viewing will be held at Nelson Funeral Home on Wednesday from 6-8 pm. Interment will follow at Providence City Cemetery. Condolences and memories may be sent to the family online at www.nelsonfuneralhome.com

Alan Johnson Alder left his earthly life on April 7, 2015 at the age of 82, due to natural causes. He was born on November 16, 1932 in his parent&#8217;s home in Providence, Utah. Alan was the middle of eleven children of Fredrick Theurer... View Obituary & Service Information

The family of Alan "Turk" Johnson Alder created this Life Tributes page to make it easy to share your memories.

Send flowers to the Alder family.