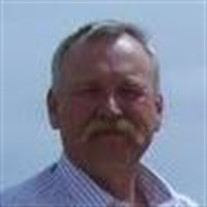 It’s with a heavy heart we say goodbye to Algirdas (Al) John Maciulis; father, grandfather, brother and son; who passed away unexpectedly on November 13, 2017 at the age of 65. Al was born in Cleveland, Ohio on March 4, 1952 to Algirdas and Tamara Maciulis. A veteran, he proudly served in the Air Force and National Guard. He married the love of his life, Alma Kurshus Maciulis, on November 8, 1976 and were married for 38 years but later divorced. Al came into the marriage with an instant family and raised his two step-daughters as his own. He earned two bachelor degrees; Plant Sciences from SUSC and Animal Sciences from USU. He worked for the Poisonous Plant Lab (USU) for many years before retiring. His happiest times were on the back of a horse or sharing his wisdom with his grandchildren. Al, our true cowboy, believed and lived the cowboy life to its fullest - “Heavenly Father, thank you for the many blessings bestowed on me. Help me Lord to live my life in such a way that when I make that last ride to the country up there, where the grass grows lush and the waters run cool, that you’ll take me by the hand and say “Welcome Home Cowboy.” Al is survived by his ex-wife, Alma Maciulis of Richmond, UT; two daughters: Laura Nyberg (Bill) of Kalispell, MT and Irene Maciulis of Richmond, UT; four grandchildren: USMC Sgt Tyler Nyberg serving in California, US Navy Petty Officer Third Class Austin Nyberg serving in Japan, Savannah Nyberg of Kalispell, MT and Adelynn Maciulis of Richmond, UT. Al is preceded in death by his parents. His family has opted not to hold a memorial service. Once his grandsons complete their Military tours, a private family memorial will be held. Condolences and memories may be shared with the family online at www.nelsonfuneralhome.com

It&#8217;s with a heavy heart we say goodbye to Algirdas (Al) John Maciulis; father, grandfather, brother and son; who passed away unexpectedly on November 13, 2017 at the age of 65. Al was born in Cleveland, Ohio on March 4, 1952 to Algirdas... View Obituary & Service Information

The family of Algirdas (Al) John Maciulis created this Life Tributes page to make it easy to share your memories.

It’s with a heavy heart we say goodbye to Algirdas (Al) John...

Send flowers to the Maciulis family.