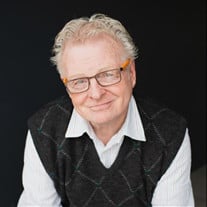 Allen “Dee” Pace, 68, was born June 5, 1951, and passed peacefully away on April 18, 2020 of complications of Covid-19. As a celebrated educator, beloved performer and director, and active member of the community and The Church of Jesus Christ of Latter Day Saints, he is mourned by hundreds of family members, friends, students, and associates. Pace grew up in Spanish Fork, Utah, the son of Allen D. Pace and Arleane Porter and the eldest of six children. A graduate of Southern Utah State College with an BFA in theatre arts, the University of Utah with a Master’s Degree in theatre costume design, and Utah State University with an education administrative endorsement, Pace served for 30 years in Box Elder School District, teaching drama and later serving as a school administrator, as Principal of Honeyville and Bear River Elementary Schools and Vice Principal of Bear River and Box Elder High Schools. He retired in 2008, only to return to the classroom as drama teacher at Box Elder Junior High School and Student Teacher advisor at Weber State University. As an educator, Pace had a profound impact on his students, many of whom were in touch with him at the end of his life. Pace met his wife, Nedra, while performing at the Promised Valley Playhouse. They married in 1977. He immensely enjoyed performing with his wife and children. He was deeply involved with local theaters throughout Northern Utah, performing in and directing countless productions. He quickly became a favorite at the Heritage Theater in Perry, Utah where he served on the board of directors for several years. He delighted audience members and developed a large following of friends and fans. Throughout his life he actively served in The Church of Jesus Christ of Latter Day Saints. As a young man, he served in the Germany Frankfurt mission. For the rest of his life, he loved and admired the German people and culture. After again visiting Germany on a trip to Europe, he and his wife submitted papers to serve a mission for The Church of Jesus Christ of Latter Day Saints. They were called to the Michigan Detroit mission in December 2019. Pace was a master of costumes, a comedian, conversationalist, decorator, collector of antiques, and connoisseur of all things edible. One of his favorite roles was serving as Santa’s Helper during Christmastime for community and private gatherings. He was admired for his ability to reach out and make others feel important and loved—particularly those most in need of friendship. His family remember him as a friend to everyone and recall having frequent visits from former students and guests at most family nights and holiday celebrations. But they remember him most as a supportive and loving husband, father, and grandfather. Pace passed away in Green Bay, Wisconsin after a weeks-long battle with Covid-19. He is survived by his wife, Nedra, and six daughters, Jessica (Nina Scott-Pace) Pace, Katie (Nathan) Hess, Hayley (James) Shaner, Mickey (Alex) Larson, Meira Pace, and Kenzie (Michael) Thompson. He was the beloved grandfather of Charlotte, Elliot, Wally, Ella, and Callum. Due to social distancing restrictions, a private graveside service will be held, to be followed by a celebration of his life at a future date to be determined. In lieu of flowers, the family has requested those who wish to express their condolences contribute to a memorial fund that will be used to benefit students, missionaries, and humanitarian efforts. Contributions can be submitted at https://www.gofundme.com/f/dee-pace-memorial-fund-a-life-in-service/donate.

The family of Allen "Dee" Pace created this Life Tributes page to make it easy to share your memories.

Send flowers to the Pace family.