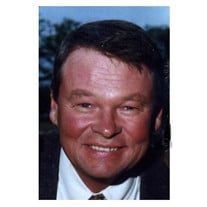 Blair Gary Fisher was born in Preston, Idaho on April 27, 1950 to his proud parents Patty and Gary. He grew up with his two brothers Ed Lisa and Don Patience in Idaho at the base of his favorite spot in the world, Oxford Mountain. As a very young boy, he found his passion for life, hunting- around the peaks and on the family ranch. Everything Blair chose to do in his life was with such passion that he did it with an addictive type attitude. He exceeded in football, basketball, track and band at Westside High School. And yes, he did score the winning touchdown. When Blair wanted something, no obstacle whatsoever could stop him from getting exactly that. Blair has two children Chad Becky and Misty. His work ethic was exemplified each day for them to follow. Blair found Tamie, who could accept and support his need to ?run with life? and follow each dream that he came up with. She was his favorite hunting and fishing companion although he had to find others to fill in the gaps to go with when she couldn?t, because there was never a question ?he WAS going?. You wanted Blair as a friend because if you were invited to do anything with him, your part of the deal was just to show up. You wanted Blair to site your gun because you could be assured that your aim would be right on. And if you missed, it was not your gun?s fault. Blair was the only father figure in Tamie?s kids? lives for the 22 years they were married. Monique Ron Roper, Tiffany Dan Jones, Jamie Coby Saltern, Jennifer Robby Forsyth and Brogan Lindsey Lott are grateful to Blair for teaching their mom that there?s more to life than work; and the many adventures he took her on that allowed her to enjoy life at its best. Blair and Tamie share 16 grandchildren: Tevon and Tinissa Fisher; Wade, Tori, Avery and Vail Roper; Jake, Alexa and Brenna Jones; Brielle and Ashton Forsyth; Max, Redden, and Amelia Saltern; and Stockton and Cheyenne Lott. Blair was Self Employed for over 40 years. He employed anyone who would come and work for him no matter what their circumstance was. He willingly provided for their every need, whether it was food, clothing, transportation, fuel, repairs, bail, or the shirt off his back. It?s hard to comprehend his compassion for those down on their luck and his generosity to try to save a soul and make a person feel good about himself. If you knew Blair, he?s given you something! Be it a picture, elk, antelope, moose, deer, sheep, buffalo meat, halibut, steelhead, salmon, jerky, or an adventure story. Blair was proud of all his trophy animals including his grand slam. He is recorded in Boone & Crocket and Pope and Young. His stories and pictures can be found in numerous hunting magazines and he has appeared on the cover of Eastman?s. Blair was not selfish in any way. He has shared all his favorite hunting and fishing spots with us that he has left behind. We will carry on his legacy as he has guided us to do. ?He was my Pirate.? Blair was my greatest adventure in life. Funeral services will be held on November 24, 2010 at 12:00 pm at Smithfield North Stake Center, 155 West 400 North in Smithfield, Utah. Friends may call on Tuesday the 23rd from 6:00-8:00 pm at Nelson Funeral Home, 85 South Main Smithfield, and on Wednesday at the Stake Center from 10:30-11:30 am prior to the funeral services. Interment will be in the Smithfield City Cemetery.

Blair Gary Fisher was born in Preston, Idaho on April 27, 1950 to his proud parents Patty and Gary. He grew up with his two brothers Ed Lisa and Don Patience in Idaho at the base of his favorite spot in the world, Oxford Mountain. As a very... View Obituary & Service Information

The family of Blair Gary Fisher created this Life Tributes page to make it easy to share your memories.

Send flowers to the Fisher family.