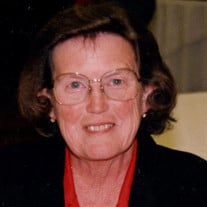 Bonnie Arlene Higginson Gittins, 85, passed away March 22, 2017 at her home in Smithfield surrounded by her loving family. Bonnie was born at her grandparents home in Smithfield to Grant C. and Geneva Weeks Higginson. Much against her Dad’s hope for boys, she was the first of three daughters. After her birth, the family returned to their home in Hatch, Idaho where she worked, played and attended Idaho Schools to the second grade. The family then moved to Smithfield where she attended Smithfield Summit School, Smithfield Junior High and North Cache High School. As a child Bonnie grew up with music in her life every day. She and her sisters did the farm work that most boys didn’t do. At four years old she was riding the derrick horse and later raking and tromping hay, at first with a team of horses. She picked beans, picked up potatoes, topped beets and all other farm chores. In the summer of 1948 she met Norman ‘Pete’ Gittins. They were married December 23, 1948. They were later sealed in the Logan LDS Temple. From this union came four children: Grant, Nancy Padian (Bruce), Michael (Connie) and Cheryl. Bonnie was involved with the Church her whole life and held many positions in Primary, Sunday School and Relief Society. When asked to take any church position she was always willing. She was a perfectionist in all she did – crocheting, knitting, embroidery, sewing, quilting and was well known for her beautiful quilts. She also taught classes in these areas. She loved working with fabric and was a clerk at J.C. Penneys for many years and later worked for Thread N’ Things in Logan. She was an expert in painting ceramics, but would give most of her hard work away. She has many oil paintings hanging in her home. She was an excellent cook, housekeeper, daughter, mother, grandmother, great-grandmother, sister and friend. She is survived by her husband of 68 years, Norman, her three children and their spouses, 11 grandchildren, 23 great grandchildren and 1 sister, Mary Ann Beutler. She was preceded in death by her parents, daughter Nancy Padian, granddaughter Tiffany Padian, infant great-grandson Damien Vicchrilli, sister Shirley and her husband Wayne and son Daryl Winn, and brother-in-law Calvin Beutler. Funeral arrangements are under the direction of Nelson Funeral Home. A viewing will be held at the Nelson Funeral Home, 85 South Main, Smithfield, from 6 to 8 p.m. on Sunday, March 26, 2017. Bonnie requested that no funeral be held, so a family graveside service will be held at 11:00 a.m. on Monday, March 27, 2017. The family would like to send their love and heartfelt thanks to all the Hospice nurses and everyone at CNS for their ‘Special Loving Care’ and extra attention they gave Bonnie. There is no way we can express our love to Bonnie’s Angel, granddaughter Kimberly, for giving two weeks out of her busy life to care for her dear grandmother. Without her, Bonnie’s life would not have ended so peacefully. BONNIE WE ALL LOVE YOU SO, YOU WILL TRULY BE MISSED. Condolences may be sent to the family online at www.nelsonfuneralhome.com.

Bonnie Arlene Higginson Gittins, 85, passed away March 22, 2017 at her home in Smithfield surrounded by her loving family. Bonnie was born at her grandparents home in Smithfield to Grant C. and Geneva Weeks Higginson. Much against her Dad&#8217;s... View Obituary & Service Information

The family of Bonnie Arlene Higginson Gittins created this Life Tributes page to make it easy to share your memories.

Send flowers to the Gittins family.