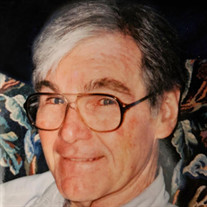 Destined to be a historian, Robert Cole was “...born on August 24, 1939; that was the day that Germany and Russia announced the signing of a non-aggression pact, ...One week later, German forces invaded Poland which evolved over the next two years into the Second World War,” a quote from Charles Robert Cole: A Memoir by Robert Cole. [Unpublished]. On August 26th 2018 he died at home, as he had wished, embraced by the love of family. Ever goal oriented, he persisted despite dementia and melanoma in order to reach his 79th birthday. Bob grew up on a 180 acre wheat and alfalfa farm near Argonia Kansas with his parents Charles Edgar Cole and Olive Gertrude (Collumber) Cole and older sister Phyllis May (Cole) Southworth. He attended the First Baptist Church of Argonia and graduated from Argonia High School in 1957. In high school, he did football, basketball, track, played the trumpet, sang, performed in the theater and studied art. His passion for art, music and history flourished at Ottawa University, where he graduated in 1961. He taught Theater, History and English at Emporia Senior High School. In 1967 he received his Master’s degree in History from Kansas State University. He married Glenda White in 1963 (divorced 1981). Together they became parents in 1971 to Teresa Cole-Das. Venturing out of Kansas, he went to Claremont Graduate School where he earned his Ph.D. During his graduate studies he taught at Pomona, Whittier, and California Polytechnic Colleges. In 1970 he took a professorship at Utah State University in Logan, sharing his love of history for 41 years until his retirement in 2011. There he taught, researched and published continuously and guest-lectured in England (University of North London), France, and Australia. Robert is the author of 6 scholarly books on propaganda, World War II, European diplomatic history, and a historiographic study of the prominent British historian A.J.P. Taylor. His three Traveller’s History books (France, Paris, and Germany) were also scholarly in substance but presented in a form both accessible and entertaining for the lay reader. Warmly received in the English-speaking world, they were translated into three other languages. In an interview with Contemporary Authors, Robert quoted A.J.P. Taylor [there is] ‘no reason why history can't be written so that someone wants to read it.’ Then stated, “That is what I have tried to do in my work.” He published numerous articles and book reviews and a spoof of academic journals: “Histerical Studies.” Many KUSU-radio listeners remember the series “The Romantic Imagination,” “Music in the Eighteenth Century,” “Water Music” (a satiric story about Georg Friedrich Handel), and “Beethoven and his Times.” A mischievous sense of humor and gentlemanly spirit made Robert beloved among fellow historians, teachers, friends, and neighbors. Letters of thanks received over the years from students and colleagues attest to his talent for mentorship. He was the HASS College Honors Lecturer of the Year in 1992, Researcher of the Year in 1993, and was elected Fellow of the Royal Historical Society (UK) in 1994. Love of all things British prompted Robert to co-found the Western Conference on British Studies in 1973, where he served as the first president, and contributed many conference papers. Robert spent several years in England, at Oxford University doing research, and collaborating with scholars at a various universities in Great Britain. During a trip to York Cathedral, hearing the strains of anthems rise to gothic heights, he experienced a profound sense of the sacred that moved him to declare the Anglican religion in England – Episcopal in America -- his spiritual home. Consequently, he joined the congregation of St. John’s Episcopal Church in Logan. There he served on the vestry, as chalice bearer, junior warden, senior warden, lector, and sub-deacon. His participation was perhaps most cherished as (often the sole) tenor in the choir for many years. He enjoyed skiing, hiking, playing tennis and acting. In the Valley Players he acted in “Cheek to Cheek,” “Hands Across the Sea,” and “The Odd Couple.” He loved opera, both as spectator, and as participant with small roles in La Boheme and Barber of Seville. Robert married Ilona Jappinen in 1990. During their nearly 28 years together, they shared love of music, art, literature and of course history. They traveled together in England, Ireland, Scotland, France, Switzerland, Germany, Austria, and Italy attending concerts, plays, music festivals, museums and folk festivals, and of course hiking. In America they traveled coast to coast to visit family and friends. On the “island” in Logan they created a little oasis, a home they chose together and filled with happiness. Robert was gifted in his last days by visits from friends and colleagues who brought wonderful food, and helpful items. Many of them attended his 79th birthday party, where they could also give him messages of appreciation. The family wishes to extend profound thanks to those who showed their caring in this way. We also wish to thank Logan Cancer Center, Huntsman Cancer Institute, and Rocky Mountain Care for easing the last phases of Robert’s life. He is survived by his wife Ilona Jappinen, daughter Teresa Cole-Das, son-in-law Bishi Das, step-son Peter Walker (Sarah Marvin), grandchildren Priya and Aparna Das, Emily Marvin, Patrick Walker, and Paul Walker, brother-in-law James Southworth, and cousins Ronald (Lewanna) Hill, Gerald (Anna) Hill, Kenneth Garner, Phillip (Pat) Garner, and Lowell Collumber. Final arrangements are being handled by Nelson’s in Logan https://www.nelsonfuneralhome.com/, where friends may share memories and condolences. A celebration of Robert’s life will be held at St. John’s Episcopal Church 85 East 100 North, Logan on Saturday October 20th at 2:30 pm. In lieu of flowers friends may wish to contribute to the USU History Department Scholarship Fund: History Department UMC 0710, Old Main Hill, Logan, UT 84322

Destined to be a historian, Robert Cole was &#8220;...born on August 24, 1939; that was the day that Germany and Russia announced the signing of a non-aggression pact, ...One week later, German forces invaded Poland which evolved over the next... View Obituary & Service Information

The family of C. Robert Cole created this Life Tributes page to make it easy to share your memories.

Destined to be a historian, Robert Cole was “...born on August...

Send flowers to the Cole family.