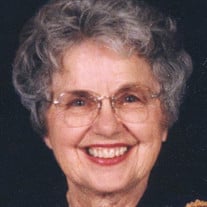 A woman of many talents, Daphne Painter Sharp was most noted for three passions: family, design, and travel. The oldest daughter of Mark and Irene Painter and third of 11 children, Daphne grew up on 300 West in Logan in the twilight of the old ways – cultivating gardens, raising chickens, and tending a cow. Like many children of the Great Depression, she learned well the lessons of self-sufficiency – “use if up, wear it out, make it do, or do without.” She never lost the thrill of finding a bargain, never threw anything remotely useful (or edible) away, and ensured her family would never be found wanting. She designed, sewed, repaired, and repurposed clothes all her life. Her love of design extended to homes as well – she remodeled every home she lived in. Daphne's outgoing personality, her warm smile, and genuine interest in others made her a popular friend. (In high school, she was a ROTC sponsor and student body officer, the Sweetheart of Sigma Chi at Utah State Agricultural College, now USU.) Like so many of her generation, when World War II broke out, she married her sweetheart, saw him off to fight, and kept the home fires burning until his return. After the war, Daphne’s initial reluctance to leave her hometown for Paul's military career soon transformed into a lifelong passion to see and experience as much of the world as humanly possible. She and Paul made homes and raised eight children in every corner: California, Washington, Ohio, Alabama, and Massachusetts, as well as Guam, the Philippines, Turkey, and Germany. She engineered ways to travel affordably with her large brood, shepherding sometimes reluctant children to every major city, museum, historical ruin, and cultural site within reach. When Paul retired, they continued to travel extensively, (still affordably — even sleeping in cars and on trains), visiting family and friends in over 60 countries. One visit led to being called on a mission to Amman, Jordan, where she and Paul served as welfare ambassadors for the Church, working with government officials, universities, and local welfare organizations. Aside from Paul, parenting was Daphne’s first love. The first of her eight children came when she was 18, the last when she was 42. She read aloud for hours on the frequent cross-country treks in the car and otherwise encouraged, prodded, and educated her charges, making sure each had ample opportunities to work and to develop their individual talents. She served as a PTA President and was named Cache Mother of the Year in 1995. Daphne held many callings for the Church of Jesus Christ of Latter Day Saints. She taught in church auxiliaries almost continuously and served in leadership positions on a stake, district, ward, and branch level. Paul preceded Daphne in death not long after their 74th wedding anniversary. She is survived by her children: Tamara Waller (Jaren), Paul Sharp (Peggy), Michelle Hollis, Gary Sharp (Cherie), Steve Sharp (Mary), Rick Sharp (Allison), Dixie Mickelson (Ralph), and Lael Sharp (Leslie), siblings: Robert Glade Painter, Reed Painter (Linda), Keith Painter (Marie), Neil Painter (Joan), Merle Painter (Terri), and Susan Kendrick (Pete), as well as 25 grandchildren, 46 great-grandchildren and six great-great-grandchildren. Funeral services will be held at the Logan 4th Ward Chapel on Saturday, December 21 at 11:00 a.m. following a viewing from 9:30 to 10:30. Interment will be in the Logan City Cemetery. Condolences may be sent to the family online at www.nelsonfuneralhome.com.

A woman of many talents, Daphne Painter Sharp was most noted for three passions: family, design, and travel. The oldest daughter of Mark and Irene Painter and third of 11 children, Daphne grew up on 300 West in Logan in the twilight of the... View Obituary & Service Information

The family of Daphne Painter Sharp created this Life Tributes page to make it easy to share your memories.

A woman of many talents, Daphne Painter Sharp was most noted...

Send flowers to the Sharp family.