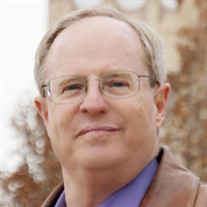 Our beloved father, husband, and grandfather David L. Ottley returned to our loving Heavenly Father on May 16th, as a result of injuries sustained in a car accident. David was born Oct. 4, 1946 in Midvale, UT to Milan and Arva Ottley. He grew up in Kearns, where he was active in sports, clubs, and his local Ward. Dave graduated from Granger High School in 1964 and served an LDS Mission in the Franco Belgium Mission. Upon returning, Dave married Jean Clark on Nov 22, 1968 in the Salt Lake Temple. He enrolled at The University of Utah, where he completed his Bachelor’s Degree and received his commission into the U.S. Army. Dave served his country in various parts of the world for 20 years. Along the way, he added 5 kids to the family, who are grateful they were dragged around the world with him. He returned to Utah and worked at Utah State University in the Affirmative Action/Equal Opportunity Office, ultimately retiring as director of that office. During time spent at USU, his kids added grandchildren to the family, which were the next part of his world. Dave spent countless hours at soccer games, music concerts, awards ceremonies, school programs, and just being a grandpa. He was Always there! Throughout his life, Dave served faithfully in many Church callings. Most recently serving as an ordinance worker in the Logan Temple. Dave was preceded in death by his parents. He is survived by his wife, Jean, sisters: Mylene Snow, and Pat Johnston, children: Jennifer (Will) Franklin, Russell (Shauntell) Ottley, Wendy Ottley, Brandon (Aimee) Ottley and Brian (Hollie) Ottley, 12 grandchildren, and many nieces, nephews and other loved ones. The family would like to thank the Jensen family as well as all medical personnel that helped Dave in his final moments. Friends and family may pay their respects from 6-8 p.m. Thur., May 21 at the Nelson Funeral Home (85 So. Main, Smithfield) and again Fri., May 22 from 9:30-10:30 a.m. at the Smithfield Central Stake Center (600 E. 120 So., Smithfield). The funeral will follow Friday’s viewing at 11:00. Interment at the Smithfield Cemetery. Condolences may be sent to the family online at www.nelsonfuneralhome.com.

Our beloved father, husband, and grandfather David L. Ottley returned to our loving Heavenly Father on May 16th, as a result of injuries sustained in a car accident. David was born Oct. 4, 1946 in Midvale, UT to Milan and Arva Ottley. He grew... View Obituary & Service Information

The family of David LeRoy Ottley created this Life Tributes page to make it easy to share your memories.

Send flowers to the Ottley family.