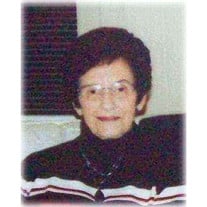 Cedar City, UT-Dorothy M. Mansour passed away peacefully on December 7, 2010 in Cedar City, Utah. She was born on November 19, 1923 in Bear River City, Utah to John and Anthina Misrasi. She married Alex E. Mansour on September 24, 1966. Together they have one daughter, Anthina Marie Ferguson of St. George, Utah and one step-daughter, Victoria Vernon of New Jersey. They also have one grandson, Timothy and three granddaughters Samantha, Clare, and Alexandra. Dorothy was educated and employed in secretarial work in San Francisco and Salt Lake City. She retired from Intermountain Health Care in Cedar City. She was active in the American Business Womenï¿½s Association in Salt Lake City. She served as Worthy Matron of Cedar Chapter, Number 20, of the Order of the Easter Star. She participated extensively in water aerobics, golfing and reading groups in Cedar City and was a member of the Catholic Church. She is survived by her husband of Cedar City; her daughters and grandchildren, two sisters: Elizabeth Lee Sederholm of Brigham City, Utah and Fern Butler of Boise, Idaho and many nieces and nephews. Eastern Star Services will be held Friday, December 10, 2010 at 10:00 a.m. in the Masonic Hall in Cedar City, Utah, 2120 West Skyview Drive, Cedar City, Utah. A viewing will be held Thursday, December 9, 2010 from 5-7 p.m. at Southern Utah Mortuary, 190 North 300 West, Cedar City, Utah. An additional service will be held Saturday, December 11, 2010 at 10:00 a.m. at Rogers and Taylor Mortuary, 111 North 100 East, Tremonton, Utah, with a visitation one hour prior to services at the Rogers and Taylor Mortuary. Interment will be in the Bear River City Cemetery.

The family of Dorothy Misrasi Mansour created this Life Tributes page to make it easy to share your memories.

Send flowers to the Mansour family.