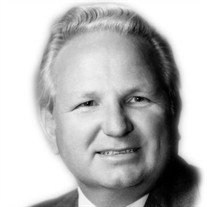 Eldon Bryant Hooper, age 94, passed away peacefully on 15 January 2020. Eldon was born 15 December 1925 in Kelsey, Texas, to Earley Belle Bryant and William Harvey Hooper. His mother, stricken with tuberculosis, passed away when Eldon was only 12 years old. After his mother’s passing, his maternal grandparents stepped in and took care of the children and Eldon learned early in life to work hard in the fields and milk cows on his grandparent’s farm. Eldon attended grade school in Kelsey and later moved with his father and three siblings to Star Valley, Wyoming. After several years in Wyoming, he returned to Texas where he graduated from high school. Following graduation, he joined the US Navy and served as a signalman, second class on the USS Warren in the Pacific Theater of Operations during WWII. Following discharge from the Navy, Eldon moved to Logan, to attend Utah State Agricultural College. An interest in airplanes led him to join the Air Force ROTC. During school, he met Marjorie Stevens from Jerome, Idaho who was living in Logan as a nursing student. Their first date was to an air show at Logan Regional Airport, again feeding that interest in aviation. Eldon and Marjorie were married in the Salt Lake Temple on 16 September 1948 and shortly thereafter embarked upon a career in the US Air Force. Following a move to San Antonio, TX, he attended basic flight training followed by commission as an Air Force officer. During his service in the Air Force, Eldon piloted bomber and transport aircraft and saw action in Korea, Vietnam and the Cold War. Eldon retired from the Air Force in 1968 and settled in Logan with his family. He held a number of jobs prior to buying a movie theater in Garland, UT in 1974. He owned and operated the Main Theater for about 10 years. Eldon also volunteered for the community by serving on the Planning and Zoning Committee for Logan City and at the Senior Citizen Center in Logan, assisting with income taxes. In his later years, he enjoyed working on old cars and taking cruises with the Old Car Club. He and Marjorie performed a service mission at the Logan Deseret Industries and also worked as officiators in the Logan Temple every Saturday for 10 years. Eldon especially loved spending time with his family and enjoyed seeing his children, grandchildren, and great-grandchildren. Many of his posterity have followed in his footsteps, participating in military service and flying airplanes. Eldon is survived by his loving wife, Marjorie Stevens Hooper, his children Steven (Ilene), Kathlyn Andersen, David (Shauna), and Michelle (Don) Greene, 16 grandchildren, and 49 great-grandchildren. He was preceded in death by his siblings, Bob, Don, LaNell Read and Cheryl Taylor. Funeral services will be held on Monday, January 20th at 12pm at the Logan 16th Ward building on 125 W 600 N. No formal viewing will be held. Condolences may be sent to the family online at www.nelsonfuneralhome.com.

Eldon Bryant Hooper, age 94, passed away peacefully on 15 January 2020. Eldon was born 15 December 1925 in Kelsey, Texas, to Earley Belle Bryant and William Harvey Hooper. His mother, stricken with tuberculosis, passed away when Eldon was only... View Obituary & Service Information

The family of Eldon Bryant Hooper created this Life Tributes page to make it easy to share your memories.

Send flowers to the Hooper family.