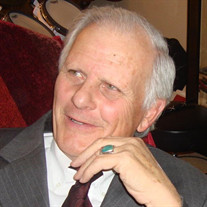 There is another hand on the plow in the fields of heaven. Gene Stanton Hawkes passed peacefully through the veil on 6 March 2017 after a 2 year struggle with the effects of a massive cardiac embolism. The native of Franklin, Idaho was born 2 December 1936 to Stanton Meikle Hawkes and Virginia Eva Hyde, the second of four children. Gene was a farmer in fact and at heart for most of his life. He started with the basics working alongside the man he respected most in this world on their family farm. As he gained experience, he became an innovator. He studied agriculture science at Utah State, working closely with them to develop better dairy stock. He served with several organizations such as the Dairy Herd Improvement Association, Farm Bureau, and the Idaho Dairymen’s Association to share that knowledge with his fellow dairymen. He developed other innovations to help the farmer including a new method of re-energizing barren overworked dirt, bringing it back to fertile productivity. He did that with people too. Gene was a good friend. He developed lasting relationships with guys he played football with at Preston High School, his best companion and convert families from his Central States LDS mission, people he served and served with in his wards and communities, and people he met through his business dealings. These friends remained dear to him throughout his life. Above all, Gene was a great family man. His was a loving and respectful son, “the best brother in the world” and a cherished husband and father. He met Carol Sue Ann Campbell while attending BYU and dubbed her the “prettiest girl on campus.” They married 29 December 1959 in the Mesa Arizona Temple and welcomed seven lucky children into their home. Together, Gene and Sue created a tightly knit, happy, forever family. He considered this his crowning achievement. This family greatly appreciates the loving, gentle and patient care the doctors and nurses at Canyon Hospice gave our loved one during the final phase of his life. Gene is survived by his siblings: Carole (Mont) Olsen, Tammy (Jesse) Johnson, and Brett (Phebe Kay) Hawkes; his children: Katie (Rob) Ledbetter, Lisa Hatch, Cody (Sherrie) Hawkes, Todd (Lesli) Hawkes, M’Lissa Griffith, Adam (Amy) Hawkes, Joshua (Stacey) Hawkes, multiple grandchildren and great grandchildren. He was met on the other side by his wife Sue, his parents and son-in-law Kent. Funeral services will be held Saturday, March 11, 2017 at 12 noon in the Franklin 1st Ward Chapel, Franklin, Idaho. Friends may call at Nelson Funeral Home, 85 South Main, Smithfield on Friday evening from 6 to 8 p.m. and Saturday at the church from 10:30 to 11:30 a.m. Interment will be in the Franklin Cemetery. Condolences may be sent to the family online at www.nelsonfuneralhome.com.

There is another hand on the plow in the fields of heaven. Gene Stanton Hawkes passed peacefully through the veil on 6 March 2017 after a 2 year struggle with the effects of a massive cardiac embolism. The native of Franklin, Idaho was born... View Obituary & Service Information

The family of Gene Stanton Hawkes created this Life Tributes page to make it easy to share your memories.

There is another hand on the plow in the fields of heaven. Gene...

Send flowers to the Hawkes family.