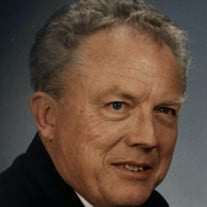 Gordon (Buck) J Ewing passed away January 13, 2018 in Las Cruces, New Mexico. Gordon was born on November 1, 1931 in Smithfield, Utah to Gwen Larson Ewing and Gordon Jackson Ewing. He spent his youth in the Smithfield area hiking, hunting, fishing, and working on the small family dairy farm. There, he also started his life long interests in birdwatching and Chemistry. He graduated from North Cache High School in 1949. On completing high school, he attended Utah State University and earned his BS and MS in Chemistry. He married Carol LaMona Blanchard on February 21, 1952. He then took his growing family to Pennsylvania and attended Pennsylvania State University. Gordon completed his PhD in Physical Chemistry in 1960. At the completion of his PhD, he fullfilled an ROTC commission by spending two years in the army serving in Virginia and Massachusetts. In 1962 he became a Chemistry professor at New Mexico State University. He loved teaching chemistry and sharing his passion for science. He retired from NMSU in 1993. Gordon and Carol had four children: Steven, Rebecca, Elizabeth, and Willard. His wife, Carol, passed away in 1967. On January 25, 1968, he married Dorene Savage Hinckley (widow of David Narwyn Hinckley). The two families had been friends as Gordon and David pursued their PhD’s at Penn State. This added six more children to his family: Alan, Kathleen, Carolyn, Josephine, David, and Ira. Gordon and Dorene had two more children, Robert and Victoria to make an even dozen. Dorene passed away February 23, 2010. Gordon was a wonderful father and member of the Church of Jesus Christ of Latter-Day Saints. He will be remembered for his wit, love of the outdoors, and devotion to his family. Gordon is survived by all twelve of his children Alan (Magdalena) Hinckley, Steven (Suzanne) Ewing, Kathleen Hinckley, Rebecca Sims, Carolyn (Dale) Schramm, Josephine (Rodney) Fudge, David (Carlyn) Hinckley, Elizabeth (Deren) Hansen, Willard (Leslie) Ewing, Ira Hinckley, Robert (Lisa) Ewing, and Tori (Jacob) Ewing Riger, 28 grandchildren, and 38 great-grandchildren. He is also survived by his sister, Eunice (Gaylord) Ewing Fowler. A viewing and sharing of memories for family and friends will be held at 11:00 A.M. at Nelson Funeral Home at 162 East 400 North, Logan, Utah on Saturday, January 20th. Burial will take place at the Smithfield City Cemetery in Smithfield, Utah. Gratitude is extended to the caring staff at both Heritage Assisted Living and Haciendas at Grace Village, as well as Encompass Home Health Care and Ambercare Hospice. We would also like to thank the staff of Nelson Funeral Home for their caring service. Condolences may be sent to the family online at www.nelsonfuneralhome.com.

The family of Gordon J Ewing created this Life Tributes page to make it easy to share your memories.

Send flowers to the Ewing family.