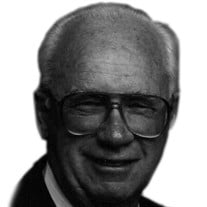 Hazen Leon "Lonnie" Loveday Hazen Leon (Lonnie) Loveday was born November 8, 1925 in Logan, Utah. He was the sixth child of Isaac nd Hazel Winberg Loveday. No one at that time could imagine the impact that this one life would have on multiple generations of students and residents of Cache Valley and beyond. He served in the Navy and was stationed on the USS Enterprise. The Enterprise was engaged in eight major battles during the two years that he was enlisted in the service. After being discharged from the Navy, he returned to Logan to attend USU, majoring in education. During this time he met his eternal companion, Vernetta Jensen from Brigham City. They were married April 1, 1949 in the Logan LDS Temple. They made their home in Logan while he finished his education. To this union they were blessed with five children. Cathy (Mick) Stokes, Nancy (Roger) Smith, Lonetta (Lorell) Brady, Jeff Loveday and Tracy Chocola. Dad and Mom have 32 grandchildren and 59 great grandchildren. Mom passed away April 29, 1991. He missed her every day till their joyful reunion. After her passing he had two faithful and loving friends Aggie and Buddy who helped fill the void. His life was spent doing what he loved, working with the youth. He loved the Smithfield Community where he served on the city council and was Mayor. He served as Smithfield Recreation Director for 22 years, where he touched many lives. During this time he implemented the "Grasshopper League," where any youngster, boy or girl could play ball. He hand-pitched to everyone and made sure that everyone got on base no matter how many pitches it took. In May 2010 Smithfield City dedicated "The Lonnie Loveday Field" for his tireless dedication to the youth of Smithfield City. Quoted on his plaque "No other person has tossed more pitches to the community's youth while encouraging each to excel." He spent 4 decades teaching in Idaho, California, and Utah while also serving on the city council and as Mayor of Smithfield. Dad had a love and testimony of the gospel of Jesus Christ, where he served faithfully in many callings, especially loving his calling in the baptistery at the Logan LDS Temple. He enjoyed his calling as a Home Teacher, faithfully going the first Tuesday of every month. He went until failing health made it impossible for him to continue. Dad loved Utah State Aggies basketball and football. He loved going with his family and a highlight was watching his grandson play football for the Aggies. He especially enjoyed meeting new and old friends at the coaches luncheons and Wednesday's at the Smithfield Senior Center. We're thankful for his neighbors Paul and Jean Douglass for their love and friendship. A heartfelt thanks to Melisa Sase and Tim Carroll from Intermountain Homecare for helping with dad's care the last few weeks. We're eternally grateful to dad for his unconditional love, the example he has always been to us, and especially for his sense of humor. We love you dad! Till we meet again. Dad was preceded in death by his parents, his best friend and eternal companion, his brothers Chauncey, Jess, Lew, and sisters Veda, Elaine, and Joyce. Funeral services will be held on Saturday, August 15, 2015 at 1:00 p.m. in the Smithfield LDS Stake Center, 600 East 120 South where there will be a viewing on Friday from 6-8 p.m. and on Saturday prior to services from 11:30 a.m – 12:30 p.m. Interment will be in the Smithfield Cemetery with military honors by the Smithfield American Legion. Condolences and memories may be shared with the family on line at www.nelsonfuneralhome.com

Hazen Leon "Lonnie" Loveday Hazen Leon (Lonnie) Loveday was born November 8, 1925 in Logan, Utah. He was the sixth child of Isaac nd Hazel Winberg Loveday. No one at that time could imagine the impact that this one life would have on multiple... View Obituary & Service Information

The family of Hazen Leon "Lonnie" Loveday created this Life Tributes page to make it easy to share your memories.

Send flowers to the Loveday family.