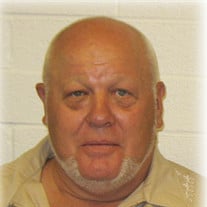 James Micheal “Bear” Woytko, 67, passed away Thursday, Jan. 7, 2016 in a Phoenix, AZ hospital, surrounded by loved ones. Mike was born the 3rd of 7 children to John “Curly” and Leil Woytko in Preston, ID on February 19, 1948. After high school, Mike joined the U.S. Navy, where he served as a mineman in Scotland. Mike married Deborah in 1978 and was blessed with his two children, Crystal and Josh. After their divorce, Mike moved to Las Vegas for work. He worked as an Electronics System Analyst for Cyberdyne in Vegas and then transferred to Phoenix where he finished his career, retiring in 2011. On April 1st, 2005, Mike married his soulmate, Jan. While in Phoenix, Mike joined and participated in the American Legion, serving as Historian and Photographer for the American Legion Riders until his death. Mike is survived by his loving wife, Jan, his two children; Crystal Woytko and Josh (Brittany) Woytko; one granddaughter, Avery; his father, John “Curly”; four siblings, Susan (Wynn) Doney, David (Lettie) Woytko, Rick (Vanita) Woytko, and Sandra (Lee) Christensen; and many aunts, uncles, nieces, and nephews. Mike was preceded in death by his mother, Leil, and two brothers, Bobby and Billy. A viewing will be held Saturday, January 16th from 10 a.m. to noon at the Preston South Stake Center, located at 55 East 1st South in Preston, ID. A graveside ceremony will be held at the Preston Cemetery at 1:00 p.m. the same day. In case of inclement weather, the graveside ceremony will be at the church with just a graveside dedication at the cemetery. Funeral arrangements are under the direction of Nelson Funeral Home. Condolences and memories may be shared at www.nelsonfuneralhome.com

The family of James Micheal "Bear" Woytko created this Life Tributes page to make it easy to share your memories.

Send flowers to the Woytko family.