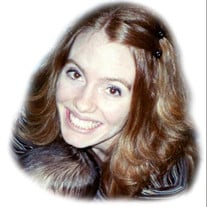 On the morning of March 7, 2019, Mary Jean Wells Allen returned to the loving arms of her Heavenly Father following a well-fought battle with cancer. Known to the world as Jeannie, she was born on July 23, 1975, in Bellevue, Washington, as the first child to Jon and Merrilee Wells. After moving with her family to Smithfield, Utah, in 1980, Jeannie graduated from Skyview High School in 1993. It was during her time at Skyview that she cultivated a passion for art and befriended Fiauna Smith, becoming closely acquainted with her family, including Fiauna’s brother, Jay Allen. This friendship would soon blossom into true love as Jeannie and Jay fell in love and were later married and sealed together for time and all eternity in the Logan Utah LDS Temple on March 22, 1997. After graduating from Utah State University in 1998 with a bachelor’s degree in art education, she and Jay moved to Las Vegas to pursue a job in teaching. Shortly after settling down in Las Vegas, their first son, Cameron, was born. Their family would continue to grow as McKenna, then Cayson, and Parker were born. Shortly after Parker’s birth, Jeannie and her family relocated back to Smithfield, Utah, to be closer to their families. It was here where Caleb would be born. As a member of The Church of Jesus Christ of Latter-Day Saints, Jeannie also shared a profound love and personal relationship with her Heavenly Father and her Savior, Jesus Christ, faithfully serving her fellow Latter-Day Saints in her various callings and assignments. This love for service extended even further beyond her family and her faith as she became more and more influential in her communities in Las Vegas and Logan as the years advanced. She was outspoken and very active in serving her community with energy and love. To state simply that Jeannie loved her family was a gross understatement. To Jeannie, her family was everything! To her family and those who knew her, Jeannie was a ray of light. She had a radiant smile that lit up even the darkest of rooms, an infectious laugh and a beautiful, giving personality that seemed to always put the needs of others before herself. She taught us through her love of art to recognize that seeing real beauty in others extended beyond the surface of the canvas. She loved to camp, sing, play the piano, draw, paint, and create art through numerous mediums. She was a savvy shopper, a classy interior decorator, an excellent listener, and a devout teacher to her family and her students. Though many people recognize Jeannie for her love and compassion, to her family and those who knew her best, she was usually the last one to be carried to bed because she would go, go, go, taking care of everyone else until she couldn’t go any longer. She was selfless and strong, almost to a fault. Through her shining example of charity, of perseverance, and unwavering courage in the face of trials and tribulations, Jeannie in her own way has prepared us for the difficult road ahead. Every gesture of kindness we extend is her gesture and every courageous step we take into the unknown is her step. So long as these priceless lessons she taught us stay with us, Jeannie will never truly be gone. Jeannie is survived by her devoted husband, Jay, her five beautiful children, Cameron, McKenna, Cayson, Parker, and Caleb, her mother and father, Jon and Merrilee Wells, her siblings Lorinda, Heidi, Scott, Angela, Bonnie, Habtish, Tamrat, Sileshi, Rahel, Yabitse, and Helen, and their spouses and families, her aunts and uncles and a host of innumerable extended family and friends. She was preceded in death by her grandparents, Imogene and Scott Thorn and Mary and Milton Wells. A viewing will be held on March 17 at the Nelson Funeral Home in Smithfield, Utah between 6PM—8PM. On March 18, another viewing will be held at the LDS church located at 79 E. 200 S. in Smithfield, Utah from 9:30AM to 10:30AM followed by a family prayer at 10:45AM and the funeral at 11:00AM. Following her funeral, her body will be laid to rest in the Smithfield cemetery.

On the morning of March 7, 2019, Mary Jean Wells Allen returned to the loving arms of her Heavenly Father following a well-fought battle with cancer. Known to the world as Jeannie, she was born on July 23, 1975, in Bellevue, Washington, as the... View Obituary & Service Information

The family of Jeannie Allen created this Life Tributes page to make it easy to share your memories.

Send flowers to the Allen family.