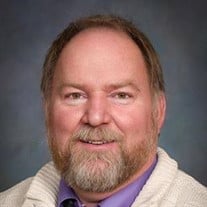 It is with great sadness that we announce the passing of Jeffrey Dale Baldwin, age 56. He returned to his loving Father in Heaven on Wednesday, April 25, 2018 after a short battle with Leukemia while surrounded by his loving family. He was born November 25, 1961 in Salt Lake City, Utah. He was raised by his two wonderful parents with four other siblings. His early life was spent in the Salt Lake area and then up in Summit Park, where he helped his family build their dream home. It was apparent early in life that he was going to be a man of great ambitions with a love of flying. He earned his pilot’s license before his driver’s license, a fact he was always very proud of. He attended Utah State University after graduating from Highland High School where he met his dream girl and future wife Deborah Lewis. They were sealed for time and all eternity in the Salt Lake City Temple. He graduated with a bachelor’s degree in Engineering and then went straight to California to work on the construction of the B1 Bomber. While in California he had his first two children. They later returned to Utah where they had two more children and raised their family. During this time, he held a multitude of jobs and mastered them all. Jeff would eventually become a professor at Utah State University teaching in the A&P program where he was able to combine both his love of flying, teaching and building into one job. Jeff was always out and about doing good even up to the last second of the last day he lived. He was a man who lived and loved in a very practical way. He exemplified the meaning of Charity in everything he did in his life thru selfless service. Jeff is survived by his wife Deborah Baldwin, and his four children Mark (Valisa), Matthew, Maria (David), and Michael (Amanda). He is also survived by his mother Carol Brady Baldwin, his sisters Julie Ann Lynch Payne, and Carolyn Baldwin Taylor. He also has five beautiful grandchildren. Jeff was preceded in death by his two brothers Mitchel Dale Baldwin and Tracey Dale Baldwin; as well as his father Dale Claude Baldwin, brother in law James Ray Lynch and sister in law Christina Lewis Christensen. There will be a viewing on Tuesday, May 1, 2018 from 5 to 8pm at Nelson Funeral Home at 162 East 400 North, Logan, UT 84321. The funeral will then be held Wednesday, May 2, 2018 at the LDS Fruitland Acres Ward Building at 465 N 300 E, Providence, UT 84332. The funeral service will begin at 11am, with a short viewing before from 9:30 am to 10:30 am. For those who wish to donate to the YouCaring account to help support the family during this difficult time, you can follow the following URL to make a donation: https://www.youcaring.com/debbiebaldwin-1175238. Condolences and memories may be shared with the family online at www.nelsonfuneralhome.com

It is with great sadness that we announce the passing of Jeffrey Dale Baldwin, age 56. He returned to his loving Father in Heaven on Wednesday, April 25, 2018 after a short battle with Leukemia while surrounded by his loving family. He was born... View Obituary & Service Information

The family of Jeffrey Dale Baldwin created this Life Tributes page to make it easy to share your memories.

It is with great sadness that we announce the passing of Jeffrey...

Send flowers to the Baldwin family.