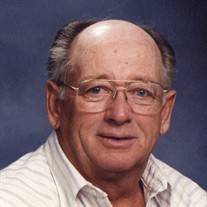 Jerry Downs 75, passed away July 17, 2015 at his home in North Logan. For three years he suffered with an illness that ate away at his muscles and was recently diagnosed with cancer of the pancreas. Jerry was born August 15, 1939 in Logan, UT to Venna Downs. He was the thirteenth child raised by Arthur and Birdie Downs. His home was the entire city of Smithfield. He graduated from North Cache High School in 1957. Whatever Jerry did he did with enthusiasm. He worked hard, doing farm work in his youth that provided pocket money. Adult life found Jerry as a skilled brick mason and then being older and wiser he became a building contractor. His farming background instilled the desire to create and maintain a lovely yard and garden that gave him and his family great pleasure. He played hard enjoying family, golf, trapshooting, snowmobiling, horse racing, and bull riding. Jerry married Lois Marie Rider, they had a son and were later divorced. He married Rene Kofoed in 1964. He is survived by his wife Rene, a stepdaughter Tammie (Bart) Burr, Smithfield, a son Jeff (Robin) Downs, N. Logan, and a daughter Lynette (Denny) Walker, Logan, twelve grandchildren and twenty great grandchildren. He is also survived by four brothers, Eddie McBride (Plain City), Seth Downs (Smithfield), Lee Downs (Quincy, WA), and Bob Downs (Hyde Park). He was preceded in death by his parents, two sisters and eight brothers. Graveside services will be held Wednesday, July 22, 2015 at 11:00 a.m. at the Smithfield Cemetery. Friends may visit family Tuesday from 6 to 8 p.m. at the Nelson Funeral Home located at 85 South Main St, Smithfield, UT. In lieu of flowers a donation with Jerry in mind, may be given to The St Johns Episcopal Church building fund to help maintain their historic brickwork. Condolences and memories may be shared with the family online at www.nelsonfuneralhome.com

Jerry Downs 75, passed away July 17, 2015 at his home in North Logan. For three years he suffered with an illness that ate away at his muscles and was recently diagnosed with cancer of the pancreas. Jerry was born August 15, 1939 in Logan,... View Obituary & Service Information

The family of Jerry Downs created this Life Tributes page to make it easy to share your memories.

Send flowers to the Downs family.