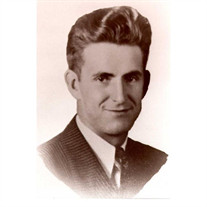 TREMONTON-John Wayne Fronk, 90, peacefully passed away in his sleep 29 August 2009 at home. A wonderful husband, father, and grandfather will be dearly missed. Wayne was born in Tremonton 22 July 1919 to J.H. and Edith Lena Parker Fronk. He graduated Bear River High School 1936; from the college of business at Utah State University in 1940; and from Auto Dealersï¿½ Sons School in Detroit, Michigan in 1948. Wayne served as USU alumni president for Box Elder County and USU Old Main Society president. Education was always important to him; he remained a scholar and avid reader throughout his life. His LDS mission to Argentina 1941-43 became a defining point of his life. Through his mission, he forged his most cherished friendships, became committed to the gospel of Jesus Christ, and ultimately met his wife. Beginning in his youth, he was strengthened by his participation in the Boy Scouts of America and later served as district commissioner and received the Silver Beaver. His scouting associates have always been dear to him. Wayne worked in the family business with his father and brothers. He loved Tremonton and endeavored to promote and strengthen it, serving as Kiwanis and Chamber of Commerce president. He was a founding member of the Skyway golf course, a charter member of the Tremonton Kiwanis Club, and was recognized as the outstanding Jaycee State committee chairman. With gardening skills learned from his grandfather, Wayne maintained a large orchard and vegetable garden at the family home. He grafted a variety of apples, grew prize-winning produce, and inspired a new generation to revere earthï¿½s abundance. Wayne knew the gospel of Jesus Christ provided the greatest direction for life and his children enjoyed his frequent informal scripture discussions. He was a member of the Tremonton 1st LDS ward his entire life. Wayne especially enjoyed teaching the doctrines and Church History. He presided over the Spanish branch, guiding the local Spanish-speaking missionary efforts. He and his wife served as Logan temple officiators. He married Roberta Harris 4 December 1946 in the Salt Lake Temple. They devoted their lives to a happy home and their six children. Wayne was a humble man who continually advised his posterity to put family first; a principle he lived every day of his life. He is survived by his wife Roberta, his children Robert W., Edmonds, Washington; Camille Paul Olson, Provo; Jayne Paul Pulver, Tremonton; Jill Layne Wilding , Garland; Thomas H. Monica, Providence; R. Hal Holly, Nibley; 27 grandchildren, 6 great-grandchildren, a brother and sister, Jack and Annette and preceded in death by a brother and sister, Parker and Marie, and 2 grandsons. Funeral services will be Thursday September 3, 11:00 a.m. at the Tremonton 1st Ward, 166 N. Tremont St. Viewings are Wednesday September 2, from 6:00-8:00 p.m. and Thursday 9:15-10:30 a.m. at Rogers and Taylor Funeral Home, 111 N. 1st East. Interment will be at the Tremonton Riverview Cemetery. By Wayneï¿½s request, donations encouraged to the LDS missionary fund. The family expresses appreciation to Primrose Home Health Care.

TREMONTON-John Wayne Fronk, 90, peacefully passed away in his sleep 29 August 2009 at home. A wonderful husband, father, and grandfather will be dearly missed. Wayne was born in Tremonton 22 July 1919 to J.H. and Edith Lena Parker Fronk. He... View Obituary & Service Information

The family of John Wayne Fronk created this Life Tributes page to make it easy to share your memories.

TREMONTON-John Wayne Fronk, 90, peacefully passed away in his...

Send flowers to the Fronk family.