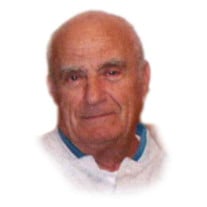 Keith Dee Taggart, 89, beloved father, grandfather, great grandfather and friend reunited with his loving wife on July 2, 2016 at 5:25 a.m. in Logan, Utah. He was born on November 6, 1926 in Smithfield, Utah to George Theron Taggart and Almira Taggart. Keith enlisted in the Navy during the second semester of his senior year, he was allowed to finish school and reported for active duty immediately upon graduation and served for two and a half years as Seaman first Class at Great lakes Naval Training Station, Submarine Base on Guam and the submarine Bream. He received an honorable discharge in 1946 and immediately enrolled at Utah State university where he earned BS degree in Economics and Political Science in 1951 and spent the next ten years working in the field department for California Packing Corporation with responsibilities from Spanish Fork, Utah to Burley, Idaho. In October of 1953, Keith married his sweetheart RaNee Lundahl; they had a loving and happy 53 years of marriage with 3 children, until RaNee returned to her Heavenly Father on March 14, 2008. Keith returned to Utah State University and earned a Master of Science degree in Psychology in 1961 and finally found what he wanted when offered a position with Cache County Schools where he stayed until retirement in 1987. Some of his fondest memories came from the thousands of students who touched his life as much as he did theirs. He survived the retirement boredom by going to work for Bear River Mental Health for three years. In November 1976, he was called and honored to serve for five and a half years as counselor in the Smithfield 5th Ward bishopric with Bishop LeRoy Parkinson and Tex Johnson. The skills that keith leaned in the navy helped him in his fondest hobby, ‘Ham Radio’. His license allowed him to talk with other ‘hams’ from all over the world. He also enjoyed being in the garden and racing pigeons. Keith is survived by his son Denny Taggart, daughter Linda Taggart, son George Brett Taggart, granddaughter Tiffani Taggart, grandson George Christopher Taggart, grandson Justin Brett Taggart, granddaughter Jennifer Simpson, grandson Brandon James Taggart, granddaughter Candace RaNee Sanders, and 15 great grandchildren. He is preceded in death by his wife RaNee Taggart and grandson Jason Taggart. Funeral services will be held Tuesday, July 12, 2016 at 11:00 a.m. in the Smithfield 5th Ward Chapel, 600 South 625 East. Friends may call at Nelson Funeral Home, 85 South Main, Smithfield on Monday evening from 6 to 8 p.m. and at the church on Tuesday from 9:30 to 10:30 a.m. Interment will be in the Smithfield City Cemetery with military rites. Condolences may be sent to the family online at www.nelsonfuneralhome.com.

Keith Dee Taggart, 89, beloved father, grandfather, great grandfather and friend reunited with his loving wife on July 2, 2016 at 5:25 a.m. in Logan, Utah. He was born on November 6, 1926 in Smithfield, Utah to George Theron Taggart and Almira... View Obituary & Service Information

The family of Keith Dee Taggart created this Life Tributes page to make it easy to share your memories.

Send flowers to the Taggart family.