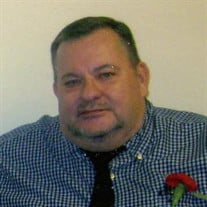 Kevin Grant Larsen passed away peacefully at his home in Logan on Monday, April 17, 2017. He was born on December 2, 1955, in Logan, Utah the third son of Garnel Melroy and Charlene N. Larsen. His early years were spent in Ogden, Utah, playing ball, exploring and tagging along with older brothers Craig and Corey. The family moved to Hyrum, Utah in 1969 where Kevin attended South Cache and graduated from Sky View High School in 1974. Kevin married Risa Lynn Smith January 6, 1977 and they had three children, Tiffany, Shelby, and Hayley. They later divorced. He loved his children and always wanted the best for them. He enjoyed many trips up Blacksmith Fork Canyon and Lake Powell with his family. As a teen, he worked with his siblings at Sambo’s in Logan, Utah. Kevin followed in the footsteps of his father, wanting to be his own boss. He spent many years selling automotive equipment and auto parts. He loved selling Hoover vacuums and improved the company center’s ranking to third in the country. Kevin also worked with his father and brothers selling and distributing auto repair equipment. After learning the trade from his father, he started Larsen Equipment, which he owned and operated for more than 10 years, selling and distributing automotive repair equipment throughout the western United States. He was recognized as “Top Distributor” in the United States four years in a row. Kevin is survived by his mother Charlene N. Larsen, brother, Corey G. (Mary Ann), sister, Mary Ann (Robert) Henke, daughter Tiffany Lynn Larsen, son Shelby Grant Larsen, granddaughter Kenna Larsen and son-in-law Mike Jensen. He was preceded in death by his father Garnel Melroy, brother Craig G., and daughter Hayley Marie Jensen. We imagine it was a joyous reunion! Friends may call from 6 to 8 p.m. Friday, April 21, at the Nelson Funeral Home, 162 E 400 N in Logan and from 10:30 to 11:30 a.m. Saturday, April 22 at the same location prior to the funeral services at noon. Condolences and thoughts may be extended to the family online at www.nelsonfuneralhome.com.

Kevin Grant Larsen passed away peacefully at his home in Logan on Monday, April 17, 2017. He was born on December 2, 1955, in Logan, Utah the third son of Garnel Melroy and Charlene N. Larsen. His early years were spent in Ogden, Utah, playing... View Obituary & Service Information

The family of Kevin Grant Larsen created this Life Tributes page to make it easy to share your memories.

Kevin Grant Larsen passed away peacefully at his home in Logan...

Send flowers to the Larsen family.