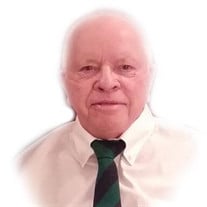 Our beloved father, grandfather and brother, Lloyd Mason, 86, passed away peacefully on December 20, 2015 in Palmer, Alaska following a long illness. Lloyd was born in Plymouth, Utah to Royal Lionel and Kate Diantha Mason on March 20, 1929. He was preceded in death by his parents, two brothers and two sisters, and his eternal companion, Rita. He is survived by a daughter, LaDawn Mason Lizer of Wasilla. Alaska, and two sons, David Lloyd (Carol) of Island Park, Idaho and Layne B. (Marsha) of Sherwood, Arkansas, eleven grandchildren and twenty great-grandchildren. He was also survived by sisters, Wanda Loyd, Renee Anderson and June Lewis, and one brother, Hal Mason. Lloyd was a faithful member of the Church of Jesus Christ of Latter-day Saints, serving in many callings. He cherished his time attending the temple, singing in the ward choir and home teaching. He served in the Air Force and retired from Thiokol after 38 years. Following his retirement, he enjoyed extensive travel with his wife and family members. Funeral services will be held at 11:00 AM on Saturday, January 23, 2016 in the Lundstrom Park Chapel, 1250 North 1600 East in Logan, Utah. A viewing will be held prior to the services at the church from 9:30 to 10:30 AM. Interment will be in the Willard City Cemetery with Military Honors. Condolences may be sent to the family at www.nelsonfuneralhome.com

The family of Lloyd Mason created this Life Tributes page to make it easy to share your memories.

Send flowers to the Mason family.