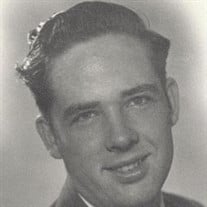 Mark Jones Bird died Friday November 20 at home. He is survived by his wife, Linda, Children Carlton (Jackie), Lisa, David (Yvonne), and Norman (Charlotte). He has 13 Grandchildren and 7 Great grand children. He is also survived by his twin sister, Marilyn (Dee Sr.) Conger. Mark was born on October 23, 1931, about 15 minutes after his twin sister, Marilyn. He was the third child of Orval Grant and Rhoberta Jones Bird, with Livina the oldest sister. Later the family was joined by his younger sister, Enid Ellen. Life in Mendon was pretty typical growing up, they farmed, so there was always lots of work to do taking care of the garden, cows, horses, pigs and chickens. At one time they had as many as 500 chickens. Throughout his life, his jobs revolved around working with his hands and machinery, from his earliest jobs of washing and lubing cars, to working on airplanes, or working in a machine shop. He could fix or repair just about anything. He was called to serve in the Southern States Mission, but only spent about a week in the Mission Home in Salt Lake City before the Korean War broke out. The missionaries were all sent home, as they were going to be drafted. After waiting a month and not being drafted, he decided to enlist in the Air Force, so he wouldn’t have to be on the ground fighting. After being trained to be an airplane mechanic for a year, he was deployed to Korea for a year. He became the crew chief, and a lot of the time they dropped propaganda leaflets over the North. The leaflets had Chinese money printed on one side and an invitation to surrender on the other side. Because of his experiences living in a tent, he never went camping if it involved staying in a tent. One interesting experience was one time in Seoul, he and a friend from Mendon (Kidman) were on leave. As they were returning to the train station to get back to the base, they realized that they still had a lot of Korean $$ in their pockets. Since they couldn’t use it on the base, they decided they wouldn’t need it, and went to the top of a nearby building, where they threw the money off the top to people on the streets. They created a riot. Eventually, after serving in several different locations, he ended up at Donaldson AFB in South Carolina. His cousin was serving on a mission in the Camden area, and he went to go see him. They were at a member’s house where Linda Jane Berry and her sister were eating dinner with their Grandma’s family. Their Great Aunt Nora introduced them both to Mark with the question “Do you prefer Blonds or Brunettes?” Mark turned red and said nothing, but he ended up taking them both home later. They did some long distance dating, but it must have worked. They were married three months later on New Year’s day 1955. He was released from his service with the Air Force at the end of the year. After his release, He attended Utah State for a quarter, but decided that that was not for him. He took a job working on the preliminary surveying and looking for materials like gravel deposits for the Glen Canyon Dam in southern Utah. There were no roads, and it took them a couple of hours to get to and from “work”. That part of the desert is now covered by Lake Powell. The job didn’t pay well, so when he heard that Boing was hiring Machinists, he applied for a job and was hired on the spot. They moved to WA where He started work at the Renton Plant. After a couple of years, they were able to purchase property to build a house. Working on the house by day, and second shift at Boeing, within a couple of years he had built a large split level house for his family of four children, where they continued to live until his death. A good friend, Ed Eaton once wrote about Mark saying: If you are ever tempted to give Mark a gift certificate, don’t get one from the Bon Marche or Sak’s Fifth Avenue. Oh, he wouldn’t throw it away. He doesn’t throw anything away. He would give it to his wife, Linda. His gift should be from Boeing Surplus, B and B Auto parts, or South End Wrecking. Better, yet, it should be for money to spend at a government surplus auction. He’ll buy a whole pallet of what a lot of people would call junk. It’s not junk to Mark. He may not know what everything on the pallet is. Something in the block of goods will appeal to him and be the reason for his bid. But the stuff that is new to him he’ll figure out what it is, fix it if it’s worth it and either use it or sell it, or take it apart and sell the pieces. If it has a motor, hell build something that needs a motor. He’ll throw the aluminum on his pile that he trucks to the recycler every once in a while where he sells it for more than he paid for it to get funds for the next auction.

Mark Jones Bird died Friday November 20 at home. He is survived by his wife, Linda, Children Carlton (Jackie), Lisa, David (Yvonne), and Norman (Charlotte). He has 13 Grandchildren and 7 Great grand children. He is also survived by his twin... View Obituary & Service Information

The family of Mark Jones Bird created this Life Tributes page to make it easy to share your memories.