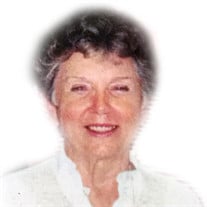 Mary Charlene Greer Keller Jones passed away on Sunday, November 11, 2018, after a valiant fight with cancer. She was 86 years old. She went by many names, &#8220;Skeeter&#8221;, to her devoted older sister Louise, and her Texas family,(she... View Obituary & Service Information

The family of Mary Charlene Greer Keller Jones created this Life Tributes page to make it easy to share your memories.