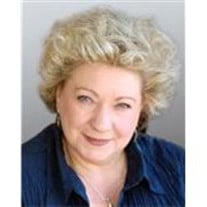 Mary E Doty, 57, was taken from our lives on Wednesday, August 12, 2009. She was born and raised in Northeastern New York and loved the Adirondack Mountains. She then made her way to the Rocky Mountains of Utah where she earned her Ph.D. at USU in the combined psychology program. Following her internship at the Coatsville, Pennsylvania VA Hospital, she returned to USU as a staff psychologist in the Counseling Center. Within 2 years she was promoted to director of the Counseling Center and helped develop it into a locally and nationally respected training program. Since 2006, Mary had been the interim associate Vice President for Student Services as well as the Center?s liaison to the Athletics Department, the Sexual Assault and Anit-Violence Information Office, and the College of Agriculture. She was nationally known for her participation as a board member for the Association of University and College Counseling Center Directors. Mary taught various Psychology classes at USU, provided counseling and other services for Vietnam Veterans, and was extensively involved in cultural incident stress debriefing teams. Mary also touched the lives of many individuals with eating disorders. She was the primary consultant involved in the founding and opening of the Avalon Hills Residential Treatment Facility for Eating Disorders in Cache Valley. From the time Mary was 2 ½ years old and presented her mother a nest of baby mice, she was an animal lover who was instrumental in developing the Counseling Center?s Pet Therapy Program, using her dogs Griffin and Remy. Her animal family also included her feline companions Calais, Piper, Tenzen and Tango Bob, and an Arabian horse, Chiana. Mary?s horsemanship was, as expected, phenomenal. Mary was well known throughout the valley for her sinfully delicious chocolate and won many awards at the Planned Parenthood annual Chocolate Festivals. Her family scrabble sessions prepared her for her enthusiastic participation in three Bridgerland Literacy Scrabble Scramble fundraisers. She was also a music lover and found enjoyment and peace playing her guitar for herself and others. Mary will be loved and missed by her mother Anita, sisters Winnie Gray and Chris Mayer, as well as her nieces Mackenzie Gray and Joy Mayer and nephews Doug DJ Gray, and Dan, Jeff, and BJ Mayer. Mary also had many friends and colleagues who will dearly miss her involvement in their lives. Her quick humor and unsurpassable wisdom will stay with us forever. A memorial service will be held on Thursday, August 20th at 6:00pm at Utah State University in the Evan Stevens Ballroom. Guests may visit with the family and view Mary?s special possessions prior to the service at 5:30. Flowers may be sent to the service or donations made to the following: Cache Valley Humane Society, Four Paws Animal Rescue, CAPSA, CISM, or the Avalon Hills Foundation for eating disorder patients. Condolences may be extended to the family online at www.nelsonfuneralhome.com.

Mary E Doty, 57, was taken from our lives on Wednesday, August 12, 2009. She was born and raised in Northeastern New York and loved the Adirondack Mountains. She then made her way to the Rocky Mountains of Utah where she earned her Ph.D. at... View Obituary & Service Information

The family of Mary Elizabeth Doty created this Life Tributes page to make it easy to share your memories.

Mary E Doty, 57, was taken from our lives on Wednesday, August...

Send flowers to the Doty family.