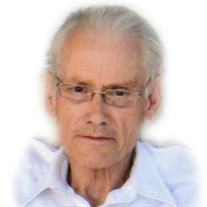 Miles Kowallis Flake, 71, passed peacefully from this mortal life on December 11, 2014 after a valiant struggle with cancer. He was born December 22, 1942, in Springfield, Baca county, Colorado, to Joseph Marion and Delora Kowallis Flake. After a childhood in several communities including Snowflake, Arizona, his family settled in Nyssa, Oregon. He served as a missionary in the North Central States Mission for the Church of Jesus Christ of Latter-day Saints. While serving in the Army, he began corresponding with his future wife, Gary Hatch. After he completed his tour of duty they were married on January 30, 1970, in the Logan LDS Temple. Miles also served in the Army Reserve and the Air Force Reserve. They have two sons, Keith (Karla) West Valley City, Utah, and Lee (Ha-Jung) Nagasaki, Japan. There are eight grandchildren who will dearly miss Grandpa. They are Kindi, Kayle, Keian, Kyson, Konor, Seya, Eugene, and Jina. Miles was seventh in a family of ten children. They are: Wilbur, Taylorsville, UT; Mira, (Ivan Baker, deceased) Wendover, UT; Sherman, deceased, (Karen Tyler) Chandler, AZ; Iven, deceased, (Deena Ellis) Central, UT; Lowry, (Maylene) Snowflake, AZ; Carvel, Smithfield, UT; Neva, (Robert Borden) Kamas, UT; Val, (Luanne) Bothell, WA; Lina, (Lorin Hatch) Gilbert, AZ. He is also survived by his wife Gary and numerous nephews and nieces. Miles greatest enjoyment was hiking and exploring trails or just being in the mountains. He is also known for his work ethic to get jobs done and the work was done to the best of his ability. There will be a visitation from 6 to 8 pm on the evening of December 21, 2014. The funeral will be at 11 am on December 22, 2014 at the Nelson Funeral Home, 162 East 400 North, Logan, Utah with a viewing prior from 9:30-10:30 a.m. Burial will be in the Smithfield Cemetery.

Miles Kowallis Flake, 71, passed peacefully from this mortal life on December 11, 2014 after a valiant struggle with cancer. He was born December 22, 1942, in Springfield, Baca county, Colorado, to Joseph Marion and Delora Kowallis Flake. After... View Obituary & Service Information

The family of Miles Kowallis Flake created this Life Tributes page to make it easy to share your memories.

Send flowers to the Flake family.