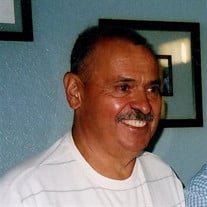 To our family and friends. Nicholas Louis Fantley,71, passed away on July 21, 2018 at Rocky Mountain Care Center. He was born February 2, 1947 in Syracuse, New York to Otto Rino Fantley and Mertal Vivian Rising. He married Elizabeth Jane Williams on August 9, 1975 in Logan, Utah. The marriage was solemnized in the Logan Temple on September 28, 2007. He is survived by his wife, Jane and son David Terrell (Alisa) Fantley; grandchildren, Allison, Andrew, Lauren Fantley; a daughter, Kimberly Anne Fantley (Brian) Ballam; grandchildren, Cole, Jaden. He is also survived by a sister in Vancouver, Washington. He has lots of nieces and nephews. He was preceded in death by his parents and two brothers, David and Richard. He was a High Priest of the Logan 2nd Ward, August 10, 2008. He worked at Hestons, LMC, Stevens Forest Products and Sams Club. Funeral services will be held Monday, July 30, at 12 pm with a viewing from 10:30-11:30 at the Logan 2nd Ward Chapel (89 S 200 W). An evening viewing will be held Sunday, July 29 from 6-8 pm at Nelson Funeral Home (162 E 400 N). Interment will follow at Logan Cemetery.

The family of Nicholas Louis Fantley created this Life Tributes page to make it easy to share your memories.

To our family and friends. Nicholas Louis Fantley,71, passed...

Send flowers to the Fantley family.