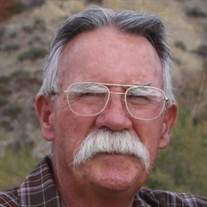 Robert Gregory Low, Sr. passed away peacefully, but unexpectedly at his Smithfield home on January 4, 2018. He was born May 17, 1945 in Salt Lake City, Utah to Leo and Selena Gregory Low. He was a lifelong resident of Smithfield. He spoke often of his childhood and growing up in what he called “Camelot”. After graduating from North Cache High School, he served an LDS mission the Cumorah New York mission. The Sacred Grove was within his mission boundary, and he performed in the Hill Cumorah Pageant. He spoke throughout his life about his mission experiences, the people he served and loved, and the personal growth he experienced in New York. After his successful career in the military, he served another mission with his wife at Fort Bragg, North Carolina. During the Vietnam War when many people hoped to avoid the draft, Greg willingly enlisted in the Army. He was proud of his advancement to the rank of Drill Sergeant, and spent his enlistment at Fort Ord, California. All those that came to know Greg, knew and understood his patriotism and the great lengths he would go to defend the freedoms we enjoy in this great country. “Freedom is not free!!” It was during his assignment in Fort Ord that he met Linda, the love of his life, and started the legacy that has grown into two daughters and three sons, 18 grandchildren, and 2 great grandchildren. He finished a 35 year career in the Army, serving a deployment at Bagram airfield in Afghanistan with the 211 Aviation Unit. He is most likely the only US Service member to own a camel during a deployment. Although he had a successful career in the military, his first passion was loving and supporting his family. He was his children’s biggest sports fan. His children could never have asked for a more supportive coach, cheerleader, taxi cab driver, chef, videographer or motivator. Greg was the first phone call for many of us throughout our lives when hard times came, and when we wanted to celebrate individual triumphs. He had a way of saying the right thing at the right time. When we were sick or injured, or in distress, he was always there holding our hand, or sleeping in a recliner near us so we wouldn’t have to wake up alone. This amount of caring was not limited to his family, but it extended to many others he came in contact with throughout his life. He had the benefit of having lifelong friends who were positively impacted by him. Whether it was mentoring someone through a difficult time, or saying the right thing at the right time, his impact in other people’s life is far reaching. He was not afraid to speak up, to mentor those in need, to seek out those people who didn’t even know they needed help. Those people who know Greg, are nodding their heads as they read this, because they have their own stories about his influence. Greg is survived by his wife Linda; daughter Rebecca (Bob) of Logan; Utah, son Bob (Colette) of Hyde Park, Utah; son John (Sheila) of Bancroft, Idaho; son Jeff, (Michelle) Smithfield, Utah; daughter Susie (Ryan) of Evanston, Wyoming; 18 grandchildren, and 2 great grandchildren. He is also survived by his brother Tom (Sonja) Smithfield, Utah; sister Suzanne (Gregg) Richmond, Utah; sister Jennette (Jim) Boise, Idaho. He was preceded in death by his parents, Leo and Selena Low. A viewing will be held Monday, January 8, between 6:00 and 8:00 PM at Nelson Funeral Home at 85 South Main, Smithfield, Utah. Funeral services will be held Tuesday, January 9, at 12:00 at 79 East 200 South, Smithfield, Utah. Prior to the funeral, a viewing will be held from 10:30 to 11:30 AM. Per Greg’s request, interment will be held privately at a later date. Condolences and memories may be shared online at www.nelsonfuneralhome.com

Robert Gregory Low, Sr. passed away peacefully, but unexpectedly at his Smithfield home on January 4, 2018. He was born May 17, 1945 in Salt Lake City, Utah to Leo and Selena Gregory Low. He was a lifelong resident of Smithfield. He spoke... View Obituary & Service Information

The family of R Gregory Low created this Life Tributes page to make it easy to share your memories.

Send flowers to the Low family.