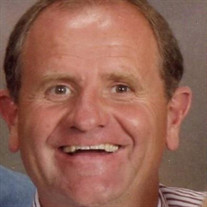 Richard Gregg Johnson, age 65, of Bountiful, Utah, passed away unexpectedly on March 15, 2022. He was born on December 16, 1956 at Walker Air Force Base Hospital, in Roswell, New Mexico. Gregg grew up in a large family who loved him dearly. He graduated from Sky View High School in 1974 where he excelled in basketball and baseball. He served a mission for the Church of Jesus Christ of Latter-Day Saints in the Oslo, Norway mission. He later attended and graduated from Utah State University where he earned a degree in Business. He was a walk-on for the Utah State baseball team and was their lead pitcher. Following his graduation from USU, he began his employment for the Ford Motor Company Parts and Service Division in Houston, Texas. He met and married Kelsie Sirles Johnson (Strong). They were blessed with a son, Jordan. He later met and married Tracy Cook (Johnson). They were blessed with two sons, Tanner and Hunter and one daughter, Sydney. During this time Gregg worked for Nissan Motors and then Mazda Motors as a District Auditor and excelled in his position. Gregg trained to drive a commercial truck and most recently worked for Lakey Enterprises of North Salt Lake, serving as a long-haul driver for FedEx. He admired and respected his employer and considered them family. Gregg was very family oriented. He stressed to his children often, how much love and regard he held for his parents. He loved his immediate and extended family and took great pride in all their accomplishments. Gregg’s children were his world and everyone who knew him knew that. He attended every football game, soccer match, cheer competition that he could, cheering them all the way. Gregg had a personality where he could care and empathize with you very quickly. After spending a few minutes with him, you felt you had made a new best friend. Most will remember Gregg’s larger than life personality. He could walk into a room and take it over with his energy and charm. Gregg tragically lost his 28-year-old son Tanner two and a half years ago. He soldiered on and retained a loving and healthy relationship with his three remaining children. Gregg is survived by his father, Colonel Richard E. Johnson. His siblings, Randy (Brenda) Johnson, Brad (Wendy) Johnson, John Johnson, Lisa (Clay) Broadbent, Liz (Ron) Olson. His children Jordan Johnson, Hunter Johnson, his daughter Sydney Johnson, his grandson Lincoln Johnson and his former wives Tracy Johnson and Kelsie Strong, as well as family and friends whom he dearly loved. He is preceded in death by his mother, Elizabeth Johnson and son, Richard Tanner Johnson. Even though we are devastated by his passing, we are grateful for the knowledge that he is now in the arms of his mother and son. Don’t forget to give them a hug from all of us “Big G”. Funeral Services with be held Friday, March 25, 2022 at 12:00 p.m. at the Nelson Funeral Home, 162 East 400 North, Logan, UT with a viewing from 10:00 a.m. – 11:30 a.m. Interment will be at the Richmond Cemetery. Join Zoom Meeting https://us02web.zoom.us/j/88270830790?pwd=SW9EYjVDUThGbWF4Tkd2alhJeFdUUT09 Meeting ID: 882 7083 0790 Passcode: Johnson

Richard Gregg Johnson, age 65, of Bountiful, Utah, passed away unexpectedly on March 15, 2022. He was born on December 16, 1956 at Walker Air Force Base Hospital, in Roswell, New Mexico. Gregg grew up in a large family who loved him dearly.... View Obituary & Service Information