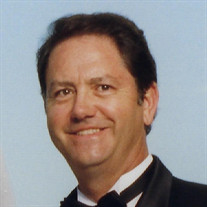 Robert (Bob) Charles Dean, 77, of Logan, Utah, passed away on February 26, 2022, after a slow battle of multiple organ failure. Bob was born on September 13, 1944, in Payson, Utah to Charles Edwin and Margaret Dean. After graduating from Provo High School, he enlisted in the National Guard and attended college at BYU. His first big purchases were a Corvette Stingray and a Springer Spaniel he named Spiro Agnew, neither of which, sadly, he was able to keep. It was at BYU where he met Diana (Shi) Lynn Dade of Southern California. She won him over when he realized (as a sports enthusiast himself) she kept a golf bag and bowling ball in her car trunk. They married in January 1969, six months after they met, and (wasting no time) welcomed their first child, Shauna Dean, exactly 9 months to the day after they tied the knot in the Salt Lake City Temple. With a baby on the way, Bob and Shi moved to Southern California, to be closer to Shi’s family and potential job opportunities. Bob managed a Jack in the Box in Santa Ana, but after a few break-ins, and baby no. 2 on the way, decided to move back to Utah, thinking it a safer place to raise a family. After Aaron Dean was born in Provo, they migrated to Pocatello, Idaho where Bob resumed his career in food service as a distributor. Bob was the ultimate loving father, determined to provide for his family and give them the life he felt they deserved. So, when opportunity knocked, they moved for greener pastures in Montana, where Bob purchased his first A&W restaurant, and later a Taco Time. Bob and Shi welcomed their final two children, Austin and Amber, while in Montana. They delved full-fledged into the Montana lifestyle, keeping the children busy with horseback riding, sports, camping, fishing, hunting, and church activities. At a local rodeo, they bought the first trampoline the town had ever seen, and it attracted all the kids from the neighborhood. He would take his kids to the local dump and teach them how to shoot a rifle. He would bear hunt one day and golf the next. He would tinker with anything that was of interest or curiosity to him. And he always made many friends along the way. They eventually settled in Logan, Utah, when the children were 5-14 years old. They purchased the A&W on Main Street. Bob never hesitated to offer employment to his children and their friends seeking work. Anyone who knew Bob knew that he was a gentle soul and a friend you could always count on. Alongside golfing, traveling and ATV’ing, Bob was a voracious reader. He would read and reread the scriptures, Tolkien, and anything to do with Abraham Lincoln or LDS prophets. He loved to watch the Lord of the Rings Trilogy [extended versions] and even bought himself the “ring of power”. In 2009, Shi was diagnosed with cancer. He supported her in every way possible until her death. He eventually remarried years later to Doris Gall. The two took good care of each other until Bob’s final days. In the end, Bob developed dementia. He couldn’t remember the names of his grandchildren but remembered other names like Adam Sandler when watching “Happy Gilmore”. He was convinced he would leave the hospital and become a delivery driver for Meals on Wheels. He died wearing his Ring of Power. He never lost his childlike spirit and love for life. Bob was predeceased by his spouse Shi and parents Edwin and Margaret, whom he always cherished. He is survived by his children: Shauna Dean of Seattle WA, Aaron (Jenny) Dean of Hyde Park UT, Austin Dean of Logan UT, Amber (Reece) Openshaw of Taylorsville UT; wife Doris of Hurricane UT; brother Alan (Lola) Dean of Provo UT; and nine grandchildren: Molly, Andrew, Fletcher, Elliott, Lexi, Allison, Connor, Ava and Maria. A private family memorial will be held on March 11th, 2022. Memories and condolences can be shared with the family at https://www.nelsonfuneralhome.com/obituaries/Robert-Dean/

Robert (Bob) Charles Dean, 77, of Logan, Utah, passed away on February 26, 2022, after a slow battle of multiple organ failure. Bob was born on September 13, 1944, in Payson, Utah to Charles Edwin and Margaret Dean. After graduating from Provo... View Obituary & Service Information

The family of Robert Charles Dean created this Life Tributes page to make it easy to share your memories.

Send flowers to the Dean family.