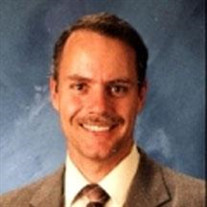 Robert David Edlund, loving husband, father and grandfather, lost his life at age 57 in an unexpected trucking accident July 13, 2017, in Knoxville, Tennessee. Robert was born in Logan, Utah, in 1960 to David Oscar Edlund and Georgia Kidman Edlund Hunt. From a young age, Robert loved working with his hands and later channeled that work into life as a carpenter. He served an LDS mission in Fukuoka, Japan, from 1979-81 and later attended BYU, where he met his sweetheart, Elissa Ruth Smith. After getting married, he became a member of the United States Army and was honorably discharged 7 years later. At the age of 47, Robert went back to school at Bridgerland and graduated at the top of his class in the nursing program there but afterwards chose to return to carpentry. Robert was gifted with the ability to serve others. He dedicated his life by giving of his time even when he had very little. Robert shared an example of service with his family. He was often the first to help at service projects and one of the last to leave. Robert didn't have much, but he was always willing to share what he had. He had a good sense of humor and would often use humor to lighten a tough situation. He loved being with his family, holding his grandchildren and any other baby around. Robert is survived by his wife, Elissa, and their 10 children Jacob (Andria) Edlund, Chet (Morgan) Edlund, Georgia (Tom) Gordon, Alan (Cristina) Edlund, David (Lacee) Edlund, Andrew (Caitlin) Edlund, Molly (Jalen) Tiev, Abraham, Benjamin and Joseph Edlund. He has nine beautiful grandchildren with more on the way. His legacy of love and service continues through his posterity. Robert, we will miss your humor, your hugs and your listening ear! 'Til we meet again. Funeral services will be held Friday, July 21, 2017 at 12 noon in the Mendon Stake Center, 460 South 100 East, Mendon. Friends may call at Nelson Funeral Home, 162 East 400 North, Logan on Thursday evening from 6 to 8 p.m. and at the church on Friday from 10:00 to 11:30 a.m. Interment will be in the Mendon Cemetery. There have been two (2) accounts set up for the Edlund family that contributions can be made: USU Credit Union Golden West, Edlund family fund, %Collette Haines Hatch or Deseret First Credit Union, Edlund family donations, %Collette Haines Hatch

The family of Robert David Edlund created this Life Tributes page to make it easy to share your memories.

Send flowers to the Edlund family.