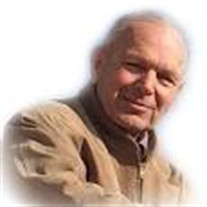 Roger Eugene Swaner of Smithfield, Utah passed away on June 2, 2016. He was born in Ogden on September 25, 1942 to Eugene Svard and Mary Isabelle Swaner. Roger earned his Eagle Scout award and worked in Farr’s Orchards in Ogden. After graduating from Ogden High School in 1960, Roger served an LDS Mission in the Netherlands. Roger married his eternal companion, Ruth Harris, in the Logan LDS Temple on June 21, 1968. Roger worked at Logan Manufacturing, and then later joined Nucor Steel in Plymouth as one of the early employees of Nucor’s Roll Shop. For over 29 years Roger served our country in the 130th Electrical Installation Squadron of the Utah Air National Guard. He was deployed to various locations, including numerous deployments to Europe and Asia. Roger retired from the Guard in 1993 as a Team Lead and Master Sergeant. Roger had a kind, gentle, and loving heart. He was always giving and sharing with others. Serving others was his greatest joy in life. Roger had a sensitive heart and tears would fill his eyes when seeing a touching movie or when listening to beautiful music, especially the Mormon Tabernacle Choir. A devoted member of The Church of Jesus Christ of Latter-day Saints, Roger and his wife Ruth fulfilled service missions at Logan Home Storage and the Bishop’s Warehouse (2009-2011), and the Logan LDS Employment Center (2013-2015). A skilled machinist and welder, Roger enjoyed spending his spare time in the shop he built in Smithfield. Roger is survived by his wife Ruth, his four sons: Shawn (Amy), Houston Texas; Derrick (Kelli), Pocatello Idaho; David (Gabrielle), Tooele Utah; and Michael, Logan Utah; 14 grandchildren and his sisters Marilyn and Geneal. He was preceded in death by his parents, brother Allan and sister Karen. A viewing will be held Tues. June 7th, from 6:00 – 8:00 PM at Nelson Funeral Home, 85 S. Main in Smithfield. Funeral services will be held at 11:00 AM, with a viewing prior at 9:30 AM on Wednesday June 8 at the Smithfield 19th Ward building at 640 North 200 East in Smithfield. He will be laid to rest in the Smithfield City Cemetery. The family expresses a special thank you to Rocky Mountain Hospice and The Gables for their support and dedicated care in Roger’s final months. Condolences may be sent online at www.nelsonfuneralhome.com

Roger Eugene Swaner of Smithfield, Utah passed away on June 2, 2016. He was born in Ogden on September 25, 1942 to Eugene Svard and Mary Isabelle Swaner. Roger earned his Eagle Scout award and worked in Farr&#8217;s Orchards in Ogden.... View Obituary & Service Information

The family of Roger Eugene Swaner created this Life Tributes page to make it easy to share your memories.

Roger Eugene Swaner of Smithfield, Utah passed away on June 2,...

Send flowers to the Swaner family.