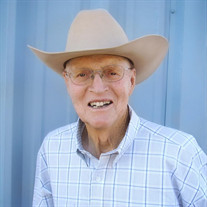 Roland Cheney Willis (Jim), having lived 80 wonderful years, made his final ride home on October 21, 2017 surrounded by his greatest joy in life – his family. On June 12, 1937, Roland was welcomed by his parents Joseph Cheney and Florence Storey Willis. He was raised in Laketown, UT where he spent his childhood working on the ranch, breaking horses, herding sheep, and milking cows. He attended North Rich elementary and High School. It was during those years that he gained his love of sports, especially basketball. He was known for his amazing hook shot and was one of the top scorers in the state of Utah when he graduated from high school. Following high school, he furthered his education at Utah State University where he played on the USU freshman basketball team. After his first year of college, he was drafted into the U.S. Army where he proudly served as the head farrier under the base colonel at Fort Huachuca. After two years of serving in the Army, Roland returned home to help on the family ranch. Roland married his faithful and devoted companion Linda Lamborn of Laketown on June 13, 1969 in the Logan LDS temple where they have enjoyed 48 years of marriage. Their first home started in a humble sheep camp. After many years of hard work, determination, and dedication, Roland and Linda grew their ranch into a family legacy. He was a devoted member of the LDS church where he spent his life faithfully serving those in his church and community. He held various callings in his church including, temple officiator in the Logan LDS Temple. He loved to throw a party! He spent hours grilling his famous tri-tip along with cooking breakfasts on the 24th of July celebration for countless people and loved every minute of it! One of Roland’s greatest joys was working with his kids on the ranch. He led them by example. Roland took great pride in his ranch and never needed to take a vacation because that was truly his favorite destination. His love for his angus cattle, horses, the cowboy way of life, the land, his faith, love for the Lord and dedicated service to his church, playing basketball and softball (even pitching well past retirement age), chasing ball games of his kids and grandkids and his love of Alvey’s chocolates was trumped only by the love he had for his family and the ongoing legacy that he has passed on as his family continues in his footsteps. He loved others unconditionally and he always knew the right words to say to brighten someone’s day or when a kind gesture of giving a treat to an unsuspecting recipient was needed. Anyone that ever had the privilege of rubbing shoulders with this great man, walked away with a smile or a better person. He went out of his way to help those in need – his heart was bigger than life. We have lost a kind and gentle man who we know we will see again. Roland was a loving husband, father and grandfather. He is survived by his wife Linda Willis and their 5 children: James Willis (Tonya) of Cokeville, Wy; Teresa Mower (Danny) of Price, Utah; Trudy Constantineau (Jason) of Wellsville, Utah; Jed Willis (Stephanie) of Laketown, Utah; Jordan Willis (Jennie) of Cokeville, Wy; 13 grandchildren and 1 brother Wayne Willis (Joyce-deceased) of Bear River City, Utah. He was preceded in death by his parents Joseph Cheney and Florence Storey Willis, sister Margaret Foy (Rey L.) of Pleasant View, Utah. Funeral services will be held at the Laketown Ward Chapel, 115 South 100 East, Laketown, Utah at noon on Monday, October 30, 2017. Viewings will be held on Sunday, October 29, 2017, from 6pm – 8pm and prior to services 10:00am – 11:30am at the Laketown Ward Chapel. Final ride will be to the Laketown Cemetery following services. Condolences & memories may be shared online at www.nelsonfuneralhome.com

Roland Cheney Willis (Jim), having lived 80 wonderful years, made his final ride home on October 21, 2017 surrounded by his greatest joy in life &#8211; his family. On June 12, 1937, Roland was welcomed by his parents Joseph Cheney and Florence... View Obituary & Service Information

The family of Roland Cheney Willis created this Life Tributes page to make it easy to share your memories.

Send flowers to the Willis family.