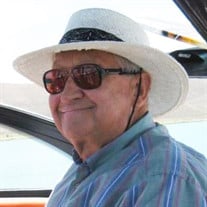 Thomas Lidell Blanchard, Jr. born August 10, 1932 to Thomas Lidell Blanchard and Astrid Christina Erickson Christensen in Logan, Utah. Died March 25, 2016. Tom had been unconscious for nearly thirty-six hours when his last children arrived, one traveling from Seattle. After a family prayer, tender hugs, and goodbye’s, Tom visibly began to cry. He opened his eyes and looked at each person in the room, smiled, and then stopped breathing. The personal sacrifice needed to stay alive in order to create that moment was the last great gift to his family. Tom was married to his childhood sweetheart, RaNae Edith Hansen, on September 26, 1950 in the Logan LDS Temple. Their life long love affair began in Junior High School. From that union came four children, DaLynn Case, David (Ramona), Dale and Darla Morin, plus fifteen grandchildren and 37 great grandchildren. Tom is survived by his brother, Wayne (Vivian) and sister, Ruth. He was preceded in death by his parents, sisters, Carol and Emma, and brother, Willard, and son-in-law, Ted Case. Tom was a faithful member of the LDS Church. He served in a branch presidency, Bishopric, Stake Presidency and as a High Counselor. His favorite callings were as a home teacher, where he left of legacy of private, faithful service, and as the Bishop of the Smithfield Third Ward. Tom graduated from North Cache High School and earned an electronic engineering degree from DeVry Tech in Chicago. Tom was given the designation as Engineer while working in the early days of the Minute Man Missile project. Later Tom traveled the world often to remote and top secret locations assigned to repair mission-critical computer systems for space and intelligent agencies that no one else could fix including participation in bringing Apollo 13 home safely. He never failed to deliver. He was rewarded handsomely for his extraordinary accomplishments, which provided for a comfortable retirement income. Tom was famous for his large and prolific gardens. The family has many sweet memories of participating in the harvests. He loved to be active and doing good things. During his last four years of life, unable to do physical activities, Tom turned to books. He consumed a library. This made for many interesting conversations on gospel topics, spiritual leaders, and his desire to become a better husband, father, and servant of our Lord and Savior, Jesus Christ. We are certain the reunion was sweet. Tom was the epitome of our Savior’s admonition in Mathew 25, “When you have done it unto the least of these, my brethren, you have done it unto me.” Viewing will be held at the LDS 11th Ward Church Building located at 79 E. 200 S., Smithfield, UT, from 9:30 am to 11:30 am, Friday, April 1st, Funeral services will follow at 12 noon. Interment will be at the Smithfield Cemetery.

The family of Thomas Lidell Blanchard, JR. created this Life Tributes page to make it easy to share your memories.

Send flowers to the Blanchard family.