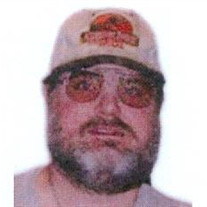 “Tom” Thomas J. Post Born June 16, 1962 in Los Angeles, CA passed at home on Sept. 27, 2015. Tommy was adopted by Dr. Frederick Post and Jane Post on July 9, 1963. Joined soon after by adopted sister Teri, the Post family moved to Logan in Aug. of 1965. The Post family added one more with the adoption of Juana Apaza in the summer of 1974. Tommy went to Woodruff Elementary for special education and onto North Cache and later Sky View, where he graduated in 1980. Upon graduation, Tommy went to Bridgerland Tech for construction for a couple of years. The skills learned here enabled Tommy to help his dad with handiwork around the house. Tommy had a voice that would carry, I mean, really carry. Trying to get him to tone it down was a constant battle. The more exciting, the louder he got. Tommy learned his independent living skills at the group home which helped prepare him for life on his own, in his own apartment. He was so proud of that. He lived alone with his cat, Princess (deceased), & Patches whom he adopted from the Humane Society. Tommy loved to help with the adoption fest every year, just holding the different cats available. It gave him a chance to be at the fair every year. When Tom was younger (and much thinner) he loved to ride his bike around town. In the 70’s, Tommy could be seen, with his hand held CB Radio, cruising Main St. and talking to truckers or whoever was out there. Tommy was obsessed with Star Wars but grew up a Trekkie with his mom. Afternoon Star Trek or Batman was a thing. Then onto Star Wars, which had a major impact on Tommy and the rest of the world. He loved anything space and had his own telescope. Tommy took Star Wars & Star Trek to a whole new level. He had every toy, gadget, figurine, spaceship, weapon, game, everything…. He morphed some together to make his own creations. When cell phones came out, it was just like Star Trek. He had to have one just to check the weather or call me from the store. Beam him up God-dy. Swim team was great for Tommy. He practiced hard and won several ribbons and trophies not only in Special Olympics but as a team member. Tommy was raised a Catholic but in later years was deeply religious, just not at church. Tommy truly was angelic in his generosity and love of the Lord. Tommy carried in his backpack (everywhere he went) his Bibles & maps of the Holy Land, his ten commandments & his notes of his favorite psalms. That and his Star Trek Lieutenant ID. Brad, at Oasis Books, was a dear friend and mentor for Tom. He was helping Tommy any chance he got, both at home and on Tommy’s path to Jesus, Tommy’s Savior. Annual trips to Hogle Zoo for his birthday were planned months in advance. Riding the TRAX to the planetarium was another adventure but Disneyland was Tommy’s all time, most favorite place of anywhere on earth. He could have gone every day. Tommy always had a love of food. At 3, he caught 17 pan sized fish and ate every one! Donuts by the ½ dozen before swim team. There were no leftover in the Post house at Thanksgiving, Tom was in his element. Seconds for Tom was ½ breast of a 22 lb. turkey and some of every pie. Tommy also loved his KFC & Dominoes too. They’ll miss his patronage. Tommy met his “other mother” Dallas at a Star Trek Convention. She was his phone buddy for years, sometimes calling anyone else on the phone, Dallas, too. He called her multiple times a day just to talk. I know she’ll miss him too. Tommy’s love of movies and computers is legendary. He was always into the newest movie, cartoon, or Disney adventure. He liked it all. The fantasy role playing on line was great for Tommy. He could be anybody and he was. Tommy loved his family, most of all his nieces, Sammi, Alex & Danielle and great niece, Willow. At Christmas and birthdays he gave coupons for the next movie & DVD’s he copied of his favorite show. Fireworks on the 4th, Tom was the conductor, loving the lighter and shooting sparks in the air. Tommy was a special gift to anyone who loved him. He made you see the world in a different way. The innocence, love and laughter will be here forever even though he may be gone. We all have a new angel to look over us. We’ll miss you Tommy. We love you! Tommy was preceded in death by his parents, Fred & Jane Post. A celebration of life will be held at Nelson Funeral Home (162 E 400 N Logan) on Monday, Oct. 12 at 6:30pm. Refreshments & sharing of stories afterwards to be held at Oasis Books (25 W. Center St. Logan). Additional parking in the rear.

The family of Thomas J Post created this Life Tributes page to make it easy to share your memories.