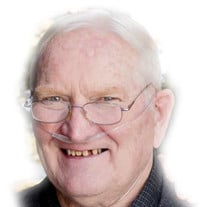 Vernon Ray Harris, 74, passed away peacefully at his home in Providence, Utah on February 25, 2016, surrounded by his family, after a long battle with Idiopathic Pulmonary Fibrosis and Pulmonary Hypertension. He was born November 3, 1941 in Muskogee, Oklahoma, to Claude Harris and Ethel Eddings Harris, one of 9 children. He was the youngest person in Oklahoma to receive his ham radio license and carried his call sign, W7GGM, with him the rest of his life. He married Pamalee Sue Clark on June 1, 1964 and they were later sealed in the LDS Salt Lake Temple. They were married for 51 years. Vernon attended the University of Oklahoma and studied physics and engineering. He worked as an electrician for Oklahoma Gas and Electric. He was a captain and a navigator in the United States Air Force, an electronic warfare officer and raven spy. He served in Vietnam and flew all over the world. He served in the USAF Reserves for 7 years and then 34 years with the Federal Aviation Administration and the Department of Defense, where he worked as an electronics technician, communications specialist, and radar technician. He was also an inventor, technical writer and author. He published 4 books and published articles about his antennas in CQ Ham Radio magazines. WVernon lived in Oklahoma, Texas, Utah, Wyoming, Oregon and Montana. His interests and hobbies included: ham radios, computer systems, gardening, researching plant growth possibilities and rebuilding computers for CAPSA and other non-profit organizations. He was known for his storytelling, beautiful gardens, yards and trees, and for his “chocolate gravy.” He was a member of the Church of Jesus Christ of Latter-Day Saints and was a spiritual giant to his family in his testimony and faith. He is survived by his wife, Pamalee Sue and his four daughters, Cynthia Diane (& Ron) Duvall, Catherine DaNae (& David) Weese, Carolyn Denise (& Mike) Evanicky and Aimee Elizabeth (& Dave) Cox and his loyal sidekick, Tootsie. He is also survived by his siblings CJ, Tony, Virginia and Linda. He will be greatly missed by his grandchildren: Christopher, Samuel, Jared, Elisabeth, Jacob, Alysha, DJ, Cooper, Kaylee, Kyle, Nathan, Brendan, Ashley, Briton and Lauren. Vernon was preceded in death by his parents, Claude and Ethel Harris and by his siblings Irene, Rachel, Lucille, Dennis and baby Lillian. The family would like to give a special thanks to Encompass Home Health and Hospice, Dr. Kevin Duke and Vernon’s nurses: Lori, Tammy, Tiffany and Brittany. A memorial service is scheduled for Monday, February 29, 2016 at 11:00 am Nelson Funeral Home Chapel, 162 East 400 North, Logan, Utah. In lieu of flowers, donations are appreciated to help with funeral expenses. Condolences and memories may be shared with the family online at www.nelsonfuneralhome.com

Vernon Ray Harris, 74, passed away peacefully at his home in Providence, Utah on February 25, 2016, surrounded by his family, after a long battle with Idiopathic Pulmonary Fibrosis and Pulmonary Hypertension. He was born November 3, 1941 in... View Obituary & Service Information

The family of Vernon Ray Harris created this Life Tributes page to make it easy to share your memories.

Vernon Ray Harris, 74, passed away peacefully at his home in...

Send flowers to the Harris family.