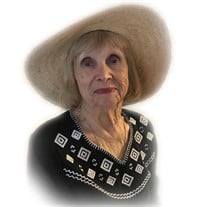 Virginia (Jean) Marie Bates, 93, of Logan, Utah passed away on Monday, March 16, 2020. Jean was born Feb. 12, 1927, in Cape Girardeau, Missouri, the daughter of Pearl and Maggie Jane Foster McCain. She was raised on the family farm in Cape Girardeau, MO. Growing up she was in charge of collecting the eggs from the hen house, until one day she found two large snakes in the coop eating the eggs. She never returned to the coop after that and had a lifetime fear of snakes because of it; though, she feared little else. While growing up in Missouri she attended school in a one room school house in a small farming community. After leaving school, she volunteered as a nurse’s aide. It was during this time she first saw her husband Robert. She always stated that it was love at first sight seeing him in his Army uniform. They were married just a couple months later on Feb 6th at the family farm. They were later sealed for time and all eternity in the Logan Temple. Jean and Robert lived in Pittsburgh, PA where they raised their family until moving to Las Vegas, Nevada after retiring. After the death of her husband she moved to Soda Springs, ID to be close to family before relocating with her family to Logan, UT for the remainder of her life. She was an avid quilter, gardener, reader, and card player who loved spending time with her family and cooking large family meals. She is survived by her children, Joseph Allen Bates, Logan, UT, Suzanne (Howard) Balls, Logan, UT, Dianne (Rusty) Malarkey, Pittsburgh, PA, her grandchildren, Brandon, Amanda, Andrew, Ashley, Sara, Katie, Cambria, Tesha, Deidra, and Tyler, along with one of the greatest joys of her life, her 11-great grandchildren. She is also survived by one sister, Pat, of St. Louis, MO. She was proceeded in death by her husband, Robert, her parents, three sisters and four brothers. Services will be held at the Nelson Funeral home with burial at the Logan City Cemetery.

Virginia (Jean) Marie Bates, 93, of Logan, Utah passed away on Monday, March 16, 2020. Jean was born Feb. 12, 1927, in Cape Girardeau, Missouri, the daughter of Pearl and Maggie Jane Foster McCain. She was raised on the family farm in Cape... View Obituary & Service Information

The family of Virginia (Jean) Marie Bates created this Life Tributes page to make it easy to share your memories.

Send flowers to the Bates family.