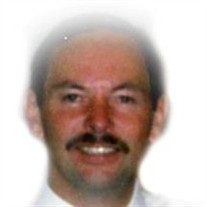 Wayne Clyde Jolley, 65, passed away in Ogden, Utah on June 10, 2018. He was born November 25, 1952 in Logan, Cache, Utah the 7th and youngest child of Samuel Biggs and Mona Eliza Bowen Jolley. He married Jane Empy on August 31, 1979 in St. George, Utah. They had 3 children and were later divorced. He married Kimberly Stoddard in 1992 in Logan, Utah. They had 3 children. Wayne grew up in River Heights, Utah where he had a wonderful childhood where he was spoiled by his 6 siblings. He was very close to his mother and they attended many plays, musicals and concerts which instilled in Wayne the love of theater, fine arts and music, and he was active in and enjoyed them all his life. He was a member of the Church of Jesus Christ of Latter-Day Saints and very active and held many callings. He served a mission in England from 1972–1974. Upon his return he moved to St. George, Utah and attended Dixie College where he pursued his love and desire for theater and acting. He received his degree in 1982. He attended elementary school through High School in the Cache County School system graduating from Sky View High School in 1971. Wayne was a gentle man with a heart of pure love. He was very service oriented, loved helping and sharing with others. He loved to have fun and enjoyed it with his family and anyone else he met. He enjoyed playing sports on the ward ball teams. He is survived by his wife Kimberly, and his children, Clark, Monica, Kevin, Sam and Max and his step children, Destiny, Sunny and Shaun. Also survived by his brothers, Earl and Lewis and sisters, Joan Hansen and Kathleen Miskho and sister-in-law Marie Jolley. He was preceded in death by his parents, daughter, Paisley Mona and brother Darwin, sister Elaine J. Webster and brothers-in-law, George Miskho, Bruce Hansen and Art Webster. Wayne had health problems most of his life and we would like to give a big ‘Jolley’ thank you to all the many people who were involved with his care and for your friendship to him. Funeral services will be held Thursday, June 14, 2018 at 10:00 a.m. in the Logan Stake Center, 940 Three Pointe Avenue. Friends may call Thursday at the church from 8:45 to 9:45 a.m. Interment will be in the Logan City Cemetery. Condolences may be sent to the family online at www.nelsonfuneralhome.com. Those who wish to make a donation, the donation can be made to Nelson Funeral Home.

The family of Wayne Clyde Jolley created this Life Tributes page to make it easy to share your memories.

Send flowers to the Jolley family.