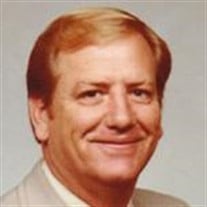 Leland Wesley Peterson, 88, passed away on January 20, 2016 in Visalia, California. Wes was born January 12, 1928 in Oakley, Idaho to Leland Andrew Peterson and Della Elisa Mitton Peterson. He was the middle child in a family of five children; Dallas, Shirley, Wesley, Doris and Joan. Wes grew up in Oakley and upon graduating from high school enlisted in the Marine Corps. World War II had just ended and he was stationed in Hawaii. When he returned from the Service he attended Utah State University, where he earned a Bachelor’s Degree in Landscape Architecture. While at Utah State he fell in love with JoAnn Garrett, and they were married in the Logan, UT LDS Temple. After graduating, Wes worked for the City Planning Departments in Logan and Ogden, Utah; Everett, Washington; Redwood City and Modesto, California. Later, the family moved to Richmond, CA to attend the University of California at Berkley to work on a Master’s Degree in City Planning. In 1959, he made his final career change and moved his family to attend the University of California at San Francisco dental school. He opened his first orthodontic practice in Modesto, and subsequently had offices in Oakdale, Turlock, and Sonora, California. As Wes’ working life progressed he and JoAnn were blessed with daughters Teri and Debi, and sons Todd and Mark. As his orthodontic career flourished, they spent many years living on and operating a small walnut orchard in Hughson, CA. He was active in the Church of Jesus Christ of Latter-day Saints serving in many positions, including Bishop and Temple Officiator. He was also active in the community serving as both a member and President of his local Kiwanis club. In his later years, he and JoAnn retired, sold their walnut orchard and moved to Wellsville, UT. They loved living in Wellsville. Wes is an example of lifelong learning. He had many interests including, fly fishing, hunting, car restoration, woodworking, gun collecting, and locksmithing. He was an excellent marksman, winning numerous awards for his ability. He took training for auctioneering, and had licenses in Real Estate, Brokering, and Building Contracting. Most of all he had a sharp sense of humor and loved making people laugh. He had many friends. Wesley is survived by his wife JoAnn Garrett Peterson, his four children, Teri Peterson, Debra Andrews, Todd Peterson, and Mark Peterson. He also leaves behind 13 grandchildren and 16 great grandchildren. Wesley was preceded in death by his parents, sister Doris, brother Dallas and two grandchildren, Michelle Andrews and Nathan Peterson. He was a great father, son, brother, grandfather and great grandfather. We will miss him greatly, and remember him lovingly. In lieu of flowers, contributions can be made to the LDS Church’s General Missionary Fund or to TLC Assisted Living, 2530 S. Ben Maddox Way, Visalia, CA 93292. A viewing will be held at 8:30 AM on Friday, January 29 at the Nelson Funeral Home, 162 E. 400 N. in Logan, UT. The funeral service will be held immediately after the viewing at 10:00 AM. Interment will be in the Wellsville City Cemetery. Condolences may be sent to the family at www.nelsonfuneralhome.com

Leland Wesley Peterson, 88, passed away on January 20, 2016 in Visalia, California. Wes was born January 12, 1928 in Oakley, Idaho to Leland Andrew Peterson and Della Elisa Mitton Peterson. He was the middle child in a family of five children;... View Obituary & Service Information

The family of Wesley Peterson created this Life Tributes page to make it easy to share your memories.